5G-enabled phones are already becoming a reality, with companys like OnePlus, Xiaomi and even Lenovo rushing to release the first commercial smartphone equipped with the technology. Xiaomi has been teasing about it since the launch of the Mi MIX 3, but it was only when Qualcomm announced its Snapdragon 855 that the matter went from a possibility to an immediate concern.

Since then, much has been said about the costs of producing 5G phones – estimatives ranged from up to an additional $100 including taxes. Now, a report claims that chinese manufacterers have finally settled on a fixed ammount: CNY 500 (around $74). This calculation takes into account a base “4G+500” formula, to be adopted regardless of model and maker. 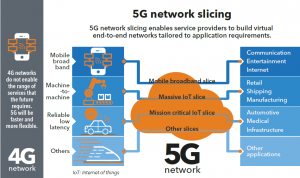 According to researches, this value will barely cover the additional costs in producing a 5G phone. Just a modem and a compatible chipset alone are set to cost about $50, with a further $30 for new antennas and other hardware. This shows that the chinese companies are taking a more cost-effective approach, opting to gain in volume rather than profit.

Of course, with the increasing competition the price of 5G hardware will also start droppping soon, thus improving the profit margins too. It’s important to note that these values apply only to the chinese market; european and american users might be looking at higher costs (some say perhaps even as high as $200 to $300 more).