Realme, wich started as a sub-brand of Oppo and is now an independent brand (much like Redmi recently did with Xiaomi), has already made an impact in the smartphone market – at least in the budget phones segment in India. Since then, the company has been slowly expanding to other regions, including Indonesia, Malaysia and Egypt, just to name a few.

Now, after starting its own community, where users can ask questions and suggest features to upcoming releases, Realme is reportedly considering to launch its own app store. Following some users comments, who’ve been asking for a dedicated service, the company recently signaled about this possibility. The app store would serve as an alternative to Google’s Play Store, offering exclusive content.

This wouldn’t be the first time a smartphone company launchs its own app store. Many of them, like Huawei and Samsung, already have stablished stores – even Oppo itself has one. That, of course, without mentioning Apple’s original App Store. 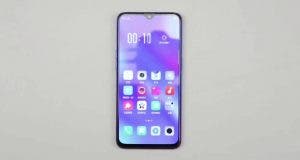 Having launched five smartphones so far – Realme 1, 2, 2 Pro, C1 and U1 -, the company is also reportedly working on its new smartphone, dubbed Realme 3. The phone, expected to launch by the end of March, is rumoured to feature a 48MP camera sensor.