Since its first leaks, Samsung’s foldable phone – referred by the community as the Galaxy F – is being subject of innumerous rumours. Most of them are related to the phone’s release date and how much it will cost. Now, the Korean media has managed to fill some of those gaps.

Firstly, they found out that the phone will most likely be released alongside the Galaxy 10 at the Galaxy Unpacked event that will be held next month. The company believes that both phones are unique on their own, each having their individual appeal.

Regarding the foldable phone price, a senior Samsung executive commented that “[it] will be released at twice the price of a premium phone”. Until now, the Galaxy F was believed to cost between $1,900 to $2,500 on launch, wich further supports the executive’s declaration. 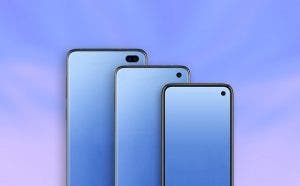 What we know for sure is that the Galaxy 10 will be released on February 20, and will be available in three different models, all of them featuring the Infinity-O display with “punch-hole” cameras. If the Galaxy F will indeed be released at the same event remains to be seen.

Next Apple and Qualcomm's battle is all about software usage