Flipkart has recently started a dedicated page to tease the arrival of Realme’s #EntertainmentKaBoss smartphone. The hashtag is self-explanatory, as this might be a new smartphone totally focus on entertainment. According to the teaser the handset is packed with “Mega Battery, Mega Screen, and Mega Storage.”

While previous speculations teased that this could be the Realme A1 smartphone, an Indian publication has learned from Realme that the upcoming entertainment-focused smartphone will actually be a new variant of the Realme C1.

The original Realme C1 was released back in September last year, with very modest specs. It is packed with a 6.2-inch IPS LCD display with an HD+ resolution and a 19:9 notched display. Despite the low price and modest specs, the handset came with a rather premium glass back. Under the hood, the C1 is powered by the Snapdragon 450 paired with 2GB of RAM and 16GB of Internal Storage that can be further increased via a microSD card.

The handset is powered by ColorOS 5.1 that runs atop of Android 8.1 Oreo. The camera department features a 13MP+2MP dual camera setup on the rear and a 5MP selfie snapper on the front. The handset is powered by a 4,200mAh battery. It’s hard to speculate how Realme would improve this variant, but if this is in fact just an upgraded variant of the Realme C1, we believe that it could be just a new variant with either 32GB or 64GB of Storage, and also 3GB or 4GB of RAM. Every other aspect of the phone must remain unaffected. 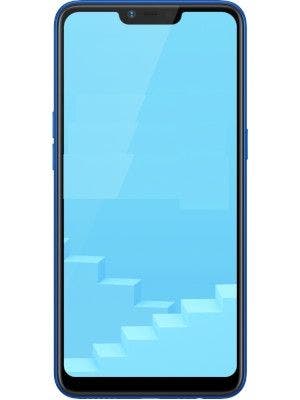 Apparently, Realme is gearing up to launch a new variant of the Realme C1 or perhaps a successor, with improved specs. Since the company is expected to release the Realme 3 Smartphone in the first quarter of 2019, we wouldn’t be surprised to see this new Realme entertainment-centric device being released in the next few weeks.