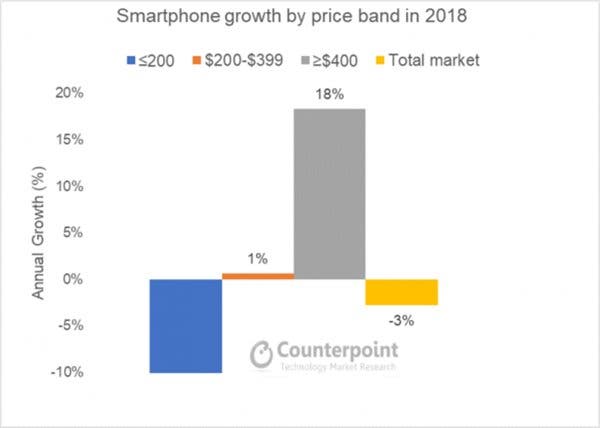 If dividing the high-end smartphone market into several groups, the biggest sales come from smartphones that are priced between $400 and $600. Apple continued to lead this market segment throughout 2018, and the performance of the OnePlus was equally noticeable. In fact, OnePlus is one of the fastest growing brands in the smartphone market of $400-600, most of which is attributed to its popularity in the Indian market. In addition, the cooperation between the United States and T-Mobile seems to have played a role.

Apple is an absolute leader in the highest-end market with a price of more than $800. It accounts for 80% of sales. However, Samsung’s and Huawei’s market share in this segment have not been calculated yet. 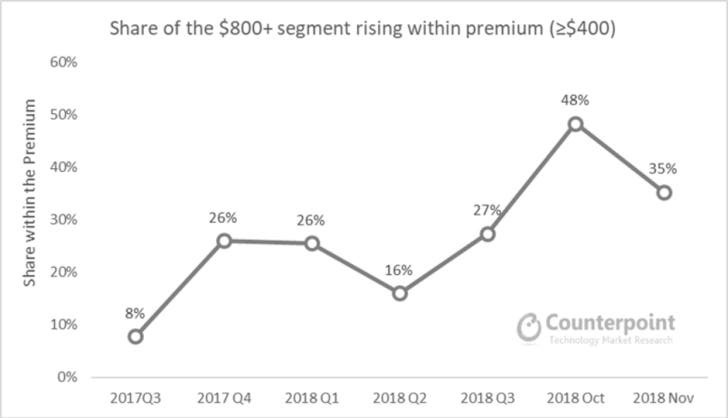 According to Counterpoint Research, the growth of the ultra-high-end market will continue due to the release of 5G devices and foldable devices. Although consumers seem willing to spend more money on smartphones, the data shows that each user’s replacement cycle is gradually pulling on.