Currently making the round is a leaked poster of a Redmi-branded smartphone that could come with an in-display fingerprint scanner. The poster in question first emanated from Chinse Weibo and has the name, Redmi X, with a further hint that the device will debut on February 15 which coincidentally is the last day of the Chinese Spring Festival.

The highlight of the device as the poster probably is the in-display fingerprint scanner, which is a bit surprising considering that the Redmi brand is meant to cater to the budget segment of the market. While no other detail has been revealed, there are speculations the so-called Redmi X could come with Snapdragon 710. 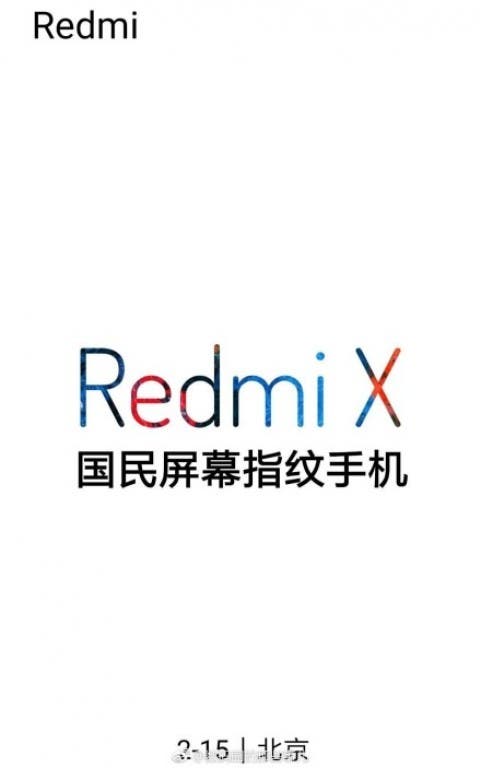 We are not quite sure if the Redmi X is the final marketing name or just some sort of teaser, as there are speculations that the device might turn out to be the Redmi Note 7 Pro. We expect more details in form of teasers to surface in the days leading to February 15.