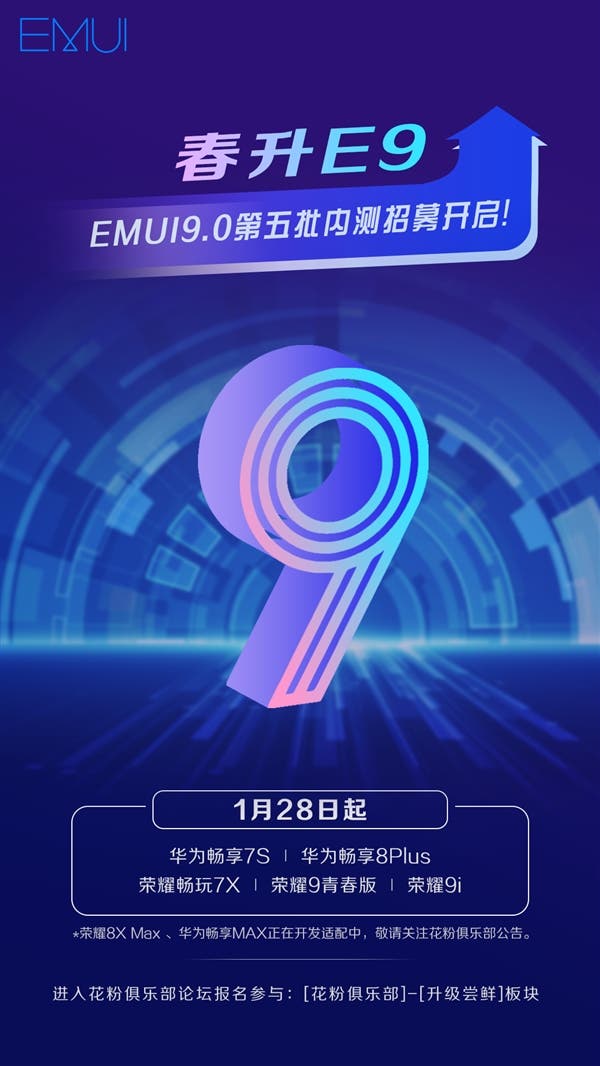 A few days ago, nova 3i, Honor 8X, and Maimang 7 with Kirin 710 processor opened the EMUI 9.0 public beta recruitment. Now, the company has turned its attention to Kirin 659 models. It announced today that five models using Kirin 659 will commence internal beta testing of Android 9 Pie update. The models include Honor 9 Youth Edition, Honor 9i, Honor Play 7X, Huawei Enjoy 7S, and Huawei Enjoy 8 Plus. These are all mid- to low-end models released between the end of 2017 to 2018.

In this internal test, each of the five models recruited 2,000 units, including 500 with LOGO logs and 1500 without it. In addition, Honor 8X Max and Enjoy Max, both of which uses Snapdragon 660 are getting ready for the EMUI 9.0 update. They will open beta testing soon.