Another year has started, and Android enthusiasts are waiting for the first beta of Android Q, that may come sometime in March, ahead of Google I/O that will happen on May. Since some developers already managed to get their hands on early unfinished builds of Android Q, we already know some details about the tenth version of Android. 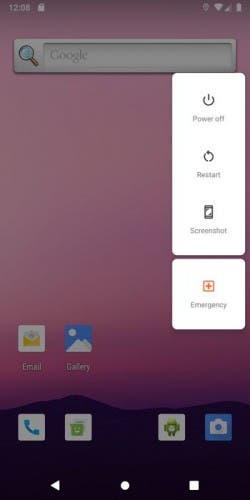 First off, the next Android will indeed be called Android 10, just like Android P was 9 and Android O was 8. Android Q will also bring native support for more advanced Facial recognition, likely to natively accommodate sensors that are similar to iPhone XS’ infrared camera, dot projector and flood illuminators. The facial recognition menu will be totally separated from Google’s usual trusted face menu and will be very similar to the Fingerprint menu.

Android 10 will also come with native support for screen recording – something that needed third-party apps or custom ROMs to work. Furthermore, Android Q will include a new Emergency option in the power menu, alongside screenshot, restart, and power off options. The Emergency contextual menu will allow you to access the Emergency dialer, which is currently, only accessible through the Lockscreen.

Google will also introduce a new feature called Sensor privacy, which will allow you to disable all the sensors in the phone through a simple option. For now, it’s hard to estimate the true purpose of this feature other than another way of saving battery while the device is on stand by. Last, but not least, Android 10 Q will include support for Wi-Fi WPA3 and 5G support.

Google should disclose all the details about Android Q during I/O in early may, alongside all these new features we listed, the new Android flavor should bring the highly-anticipated Dark System Mode in Android.