It’s not a secret anymore that Motorola will unveil their next line of Moto G phones on February 7 in Brazil. While the company is yet to reveal its launch plans for the European market a new leak has emerged revealing the Moto G7 and Moto G7 Plus pricing for Europe. 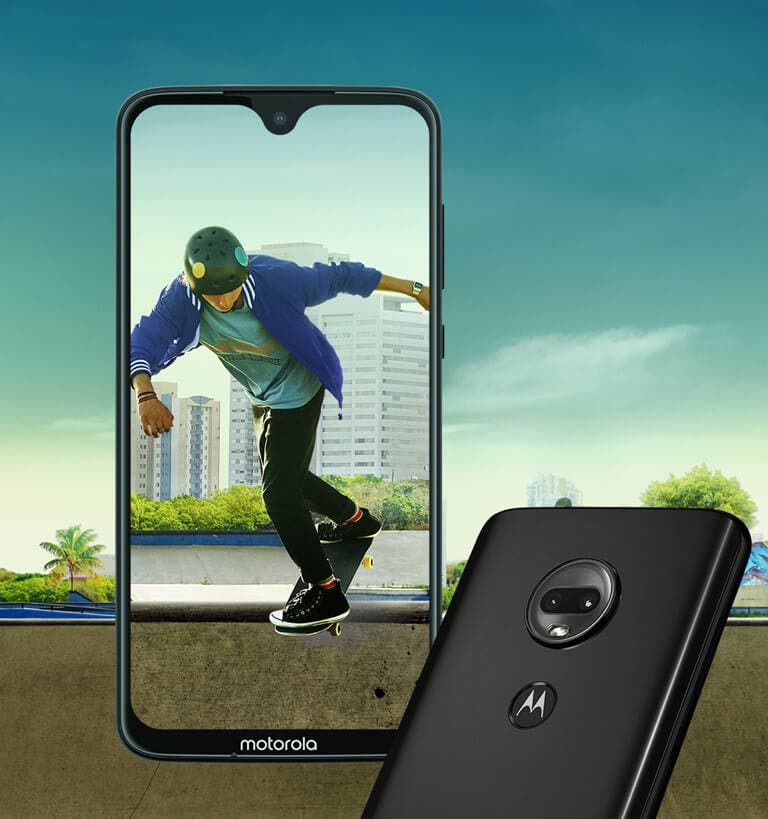 The Moto G7 lineup has already paid a visit to Motorola’s website, the new series will be made of four models in total: Moto G7, G7 Plus, G7 Play, and G7 Power. When it comes to the specifications the G7 is set to feature a 6.24-inch display with teardrop notch and 2270×1080 pixels of resolution. Under the hood, the handset will be powered by the Snapdragon 632 chipset, paired with 4GB of RAM and 64GB of expandable storage. The camera department is built by a 12+5MP dual rear camera setup and the device will be fueled by a modest 3,000mAh battery.

The G7 Plus is nearly identical to its brother, except by the fact that an improved Snapdragon 636 is there to justify the “Plus” moniker. The handset is also expected to feature a main 16MP rear camera with Optical Image Stabilization. Earlier today, a leaked retail box from some who managed to get the hands on the G7 Plus in Brazil, confirmed that the phone will also feature 27W TurboPower charging.

On another hand, the Moto G7 Play features a smaller 5.7-inch display with 1512×720 pixels of resolution and has a wider notch. Like the standard variant, it sports the Snapdragon 632 SoC that comes paired with 2GB of RAM and 32GB of expandable storage. There is a single 13MP camera on the back, the handset runs Android 9 Pie and is fueled by a 3,000mAh battery unit. The Moto G7 Power has the same resolution of the Play variant, but its display is enlarged to 6.2-inch. This model is also powered by a Snapdragon 632 but has 3GB of RAM and 32GB of expandable storage. The selling point of this smartphone should be its huge 5,000mAh battery.

More details about the Moto G7 should emerge in the coming days, since the February 7 date isn’t too far.