Sony will announce new high-end smartphones on February 25 at MWC 2019, one of which we assume will be the Sony Xperia XZ4.

Today we have heard rumors that this new Sony smartphone will have a triple camera configuration including a 52 megapixel sensor. It remains to be seen if the sensor used is an improved version of the IMX 586 found in the recently launched Honor V20.

An image posted by the Japanese blog Sumahoinfo shows the supposed triple camera configuration of the Xperia XZ4 : 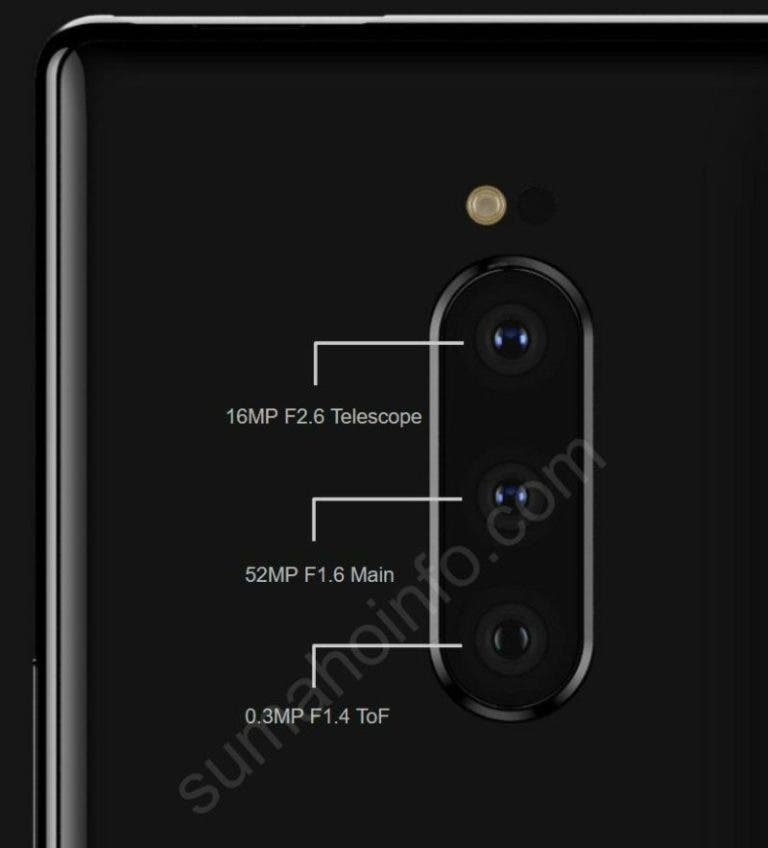 It is speculated that the main camera in the center uses a 52MP sensor with an aperture of f/1.6. The phone will also feature a 16MP telephoto lens with f/2.6 aperture and a ToF (Flight Time) sensor whose purpose is to improve the phone’s auto-focus capabilities.

According to the rumors, the Sony Xperia XZ4 will have a large 6.5″ OLED screen with an ultra high aspect ratio of 21:9, resolution of 1440 × 3360 pixels and support for HDR content. The panel will also feature Corning Gorilla Glass 5 for durability.

It is likely that the Xperia XZ4 also comes with the Qualcomm Snapdragon 855 with at least 6 GB of RAM and 128 GB of storage. The phone will also have a microSD card slot for additional storage, will work with Android 9 Pie and will have a 4,400 mAh battery.