Realme already promised to update its smartphones to Android Pie before the second half of 2019. Apparently, the company is looking forward to meeting this schedule, since the company’s most expensive device, the Realme 2 Pro, surfaced in GeekBench rocking the latest version of Android. 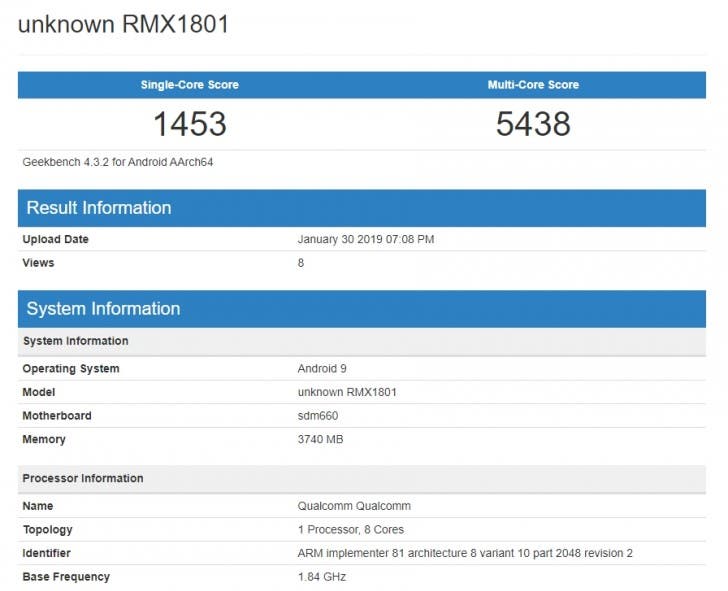 The GeekBench database lists a device with Snapdragon 660, 4GB of RAM and Android 9.0 Pie. It’s easy to assume that this is the Realme 2 Pro since its software build numbers start with RMX. Furthermore, it’s the only Realme smartphone rocking the Qualcomm Snapdragon 660.

Well, if everything goes as planned and the testing phase isn’t extended by any kind of unexpected bug, the update could reach the eligible devices in the next month. For now, there are no words about other Realme smartphones that are also waiting for the update. However, not having any evidence doesn’t imply that Realme isn’t internally working in the update for them. For now, users will need to be patient, and wait a little more for the latest Android’s flavor.

Previous Mark Zuckerberg talks again about the unified messaging system, which will not arrive before 2020