Yesterday ZUI’s team announced that ZUK’s three major smartphones – ZUK Z2, ZUK Z2 Pro and ZUK edge’s operating system will stop updating. According to the official, the ZUI of the ZUK model has received five major Android update and more than 300 minor versions of the system have been upgraded. Although the ZUK mobile phone brand has ceased operation, Lenovo still provides system upgrades for these three smartphones. Of course, ZUI has not been abandoned, and Lenovo’s multiple series of smartphones are currently equipped with this operating system. 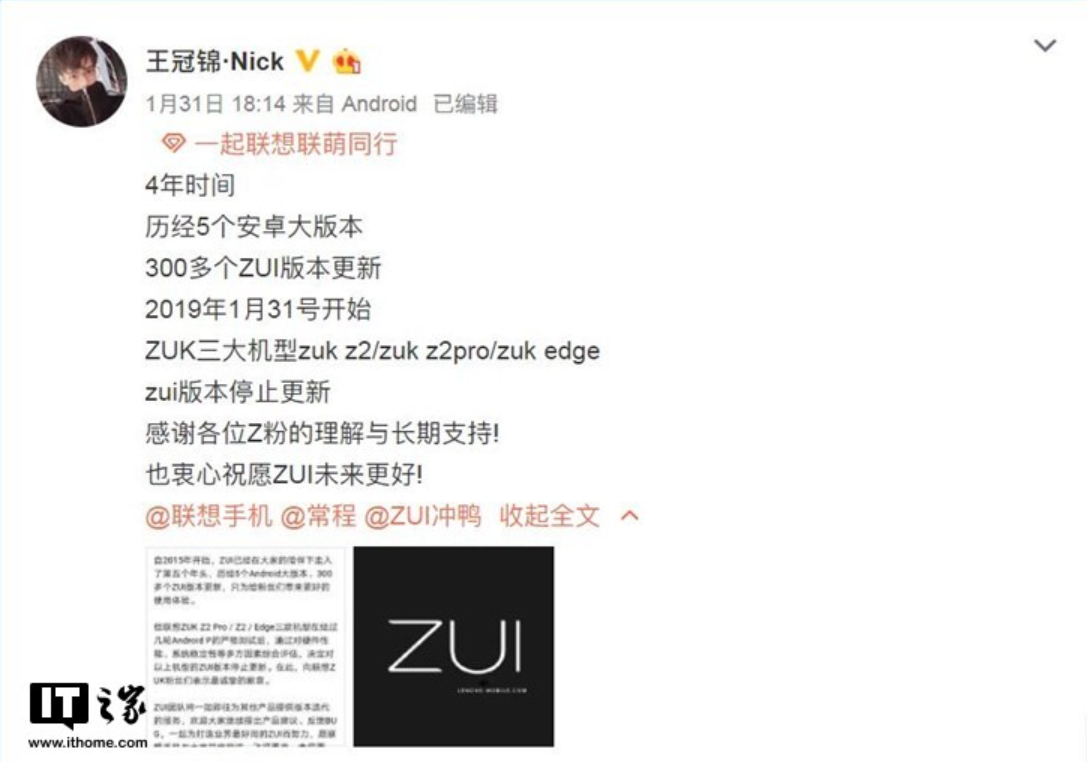 ZUK was first established in 2014. On May 28, 2015, Lenovo’s Magic Factory released the mobile phone brand ZUK, and the first ZUK mobile phone was released in the second half of 2015. On April 1, 2016, Chen Xudong, the head of Lenovo MBG, announced by email that the ZUK brand which has been independent for more than a year is now under the control of Lenovo. On May 31, 2016, Lenovo released the ZUK Z2 mobile phone. 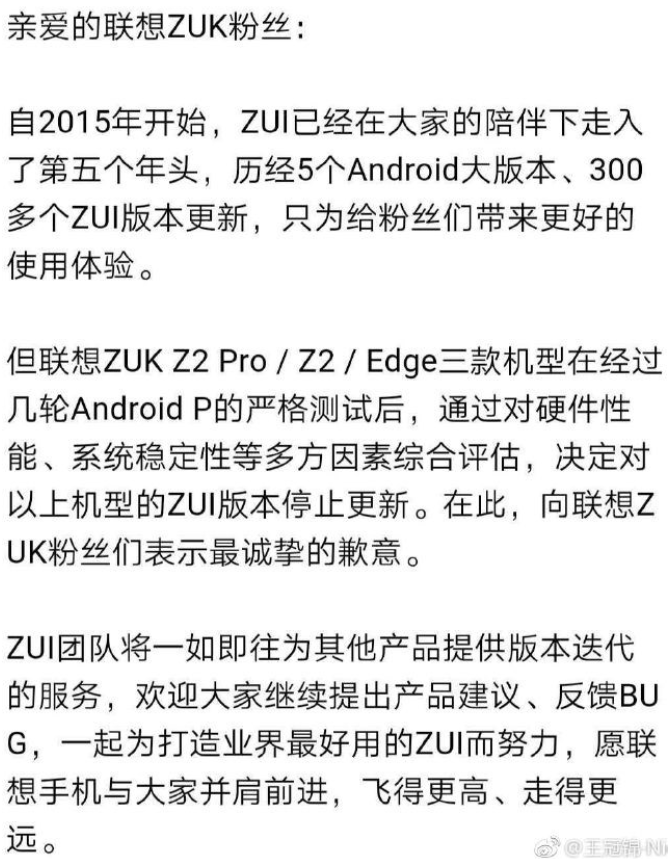 Next This could be Huawei's foldable smartphone