Today Sony officially announced its financial report for the third quarter of the 2018 fiscal year. The financial report showed that Sony’s operating profit for the quarter increased to $3.46 billion compared to last year’s $3.26 billion. 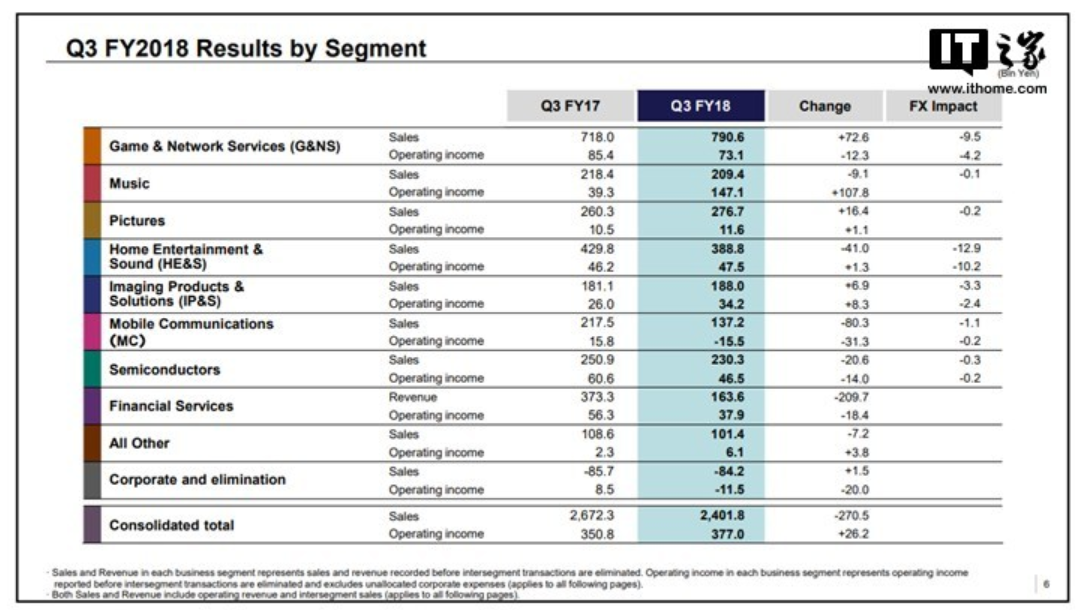 Sony China officially quoted CEO Yoshida Kenichiro as saying that business diversification and diversified perspectives are Sony’s unique wealth. The financial report data does show that Sony’s business has shown a multi-point situation. However, Sony’s mobile business suffered losses in the quarter, with revenue of $1.25 billion and a loss of $142 million. It is worth mentioning that Sony’s mobile business also recorded a loss of $273 million in the last quarter.

Previous iPhone sales increased by 76% on Tmall after price cut