Samsung has been busy pushing the One UI update with Android Pie to its flagship smartphones across the globe for the last few weeks. After that’s done, it will be the turn of the latest A series of devices to be treated to the update. The Galaxy A7 (2018) will be one of those devices as it was launched in late 2018. And as per a new Geekbench listing, Android Pie is being tested on the device. We previously also reported a similar listing back in December. This new one is from Januar 31, which makes it a second listing. 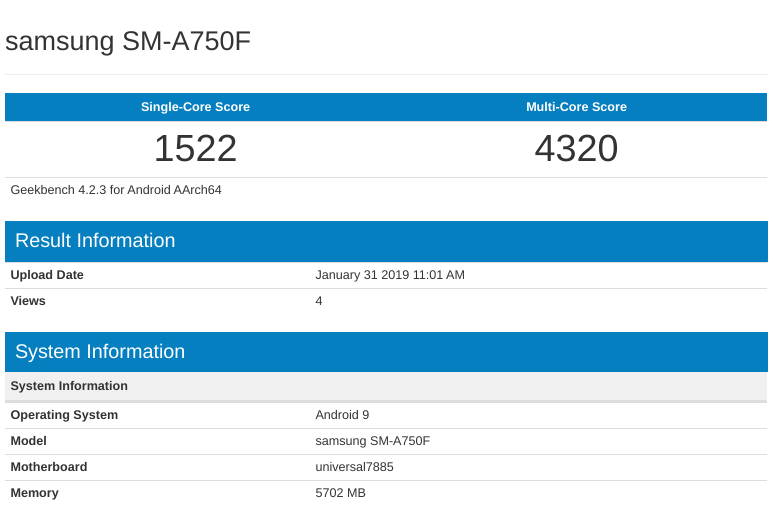 As spotted by the publication in the source below, the phone was listed on Geekbench with its model number SM-A750F. Moreover, complementing this info is the news that Turkish website Guncelmiyiz mentioned the upgrade date of the Galaxy A7 (2018) as March 15. However, this could be just a pointer for the Turkish regions. Other regions across the globe could receive it later or sooner, there’s no telling right now.

The Galaxy A7 (2018) is the first Samsung smartphone to feature the triple camera setup on the rear. However, Samsung one-upped itself soon after its launch with a quad camera phone launch – the Galaxy A9 – in 2018 itself. For now, One UI remains the destiny of only the elite Samsung Galaxy flagship phones in early 2019.