The company paid $7.45 billion to acquire traffic during the quarter, which includes the money it pays Apple to become the default search engine for iOS devices. 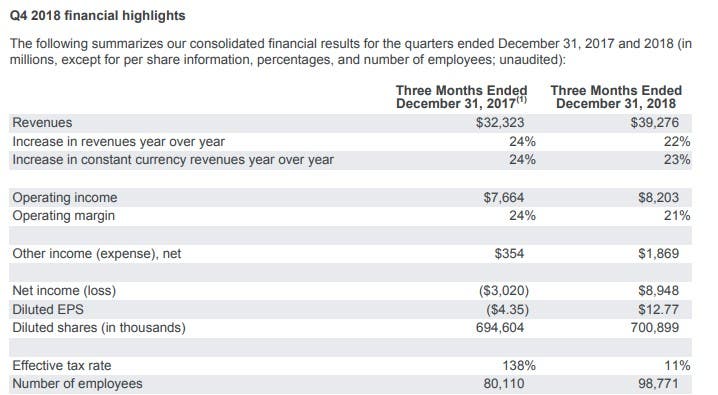 Other revenues, which include its cloud and hardware business (such as Pixel smartphones, smart home speakers and more), increased 31% to reach $6.490 billion, slightly surpassing Wall Street expectations.

Previous SwiftKey for Android receives the incognito mode and other features

Next CoolPad launches Cool 3 with Dewdrop notch in India