The GSMA Mobile World Congress (MWC) is the world’s largest exhibition for the mobile industry. It features prominent executives representing global mobile operators, device manufacturers, technology providers, vendors, and content owners. Chinese manufacturing giant, Huawei has been trying to convince the world that it has no ties with the Chinese government ever since it was accused by the US of eavesdropping on countries where it operates. 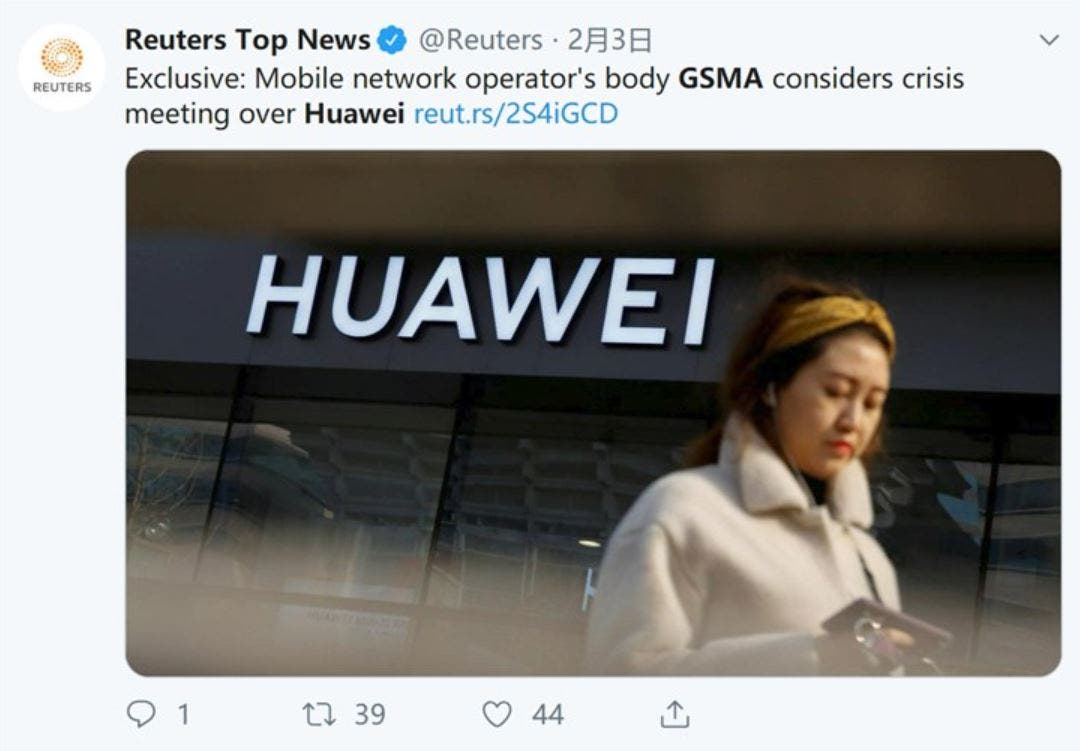 Recently, there was a exclusive report on renowned news outlet, Reuters, that “GSMA has proposed its members discuss the possibility that Chinese network vendor Huawei [HWT.UL] is excluded from key markets, amid concerns such a development could set operators back by years”. 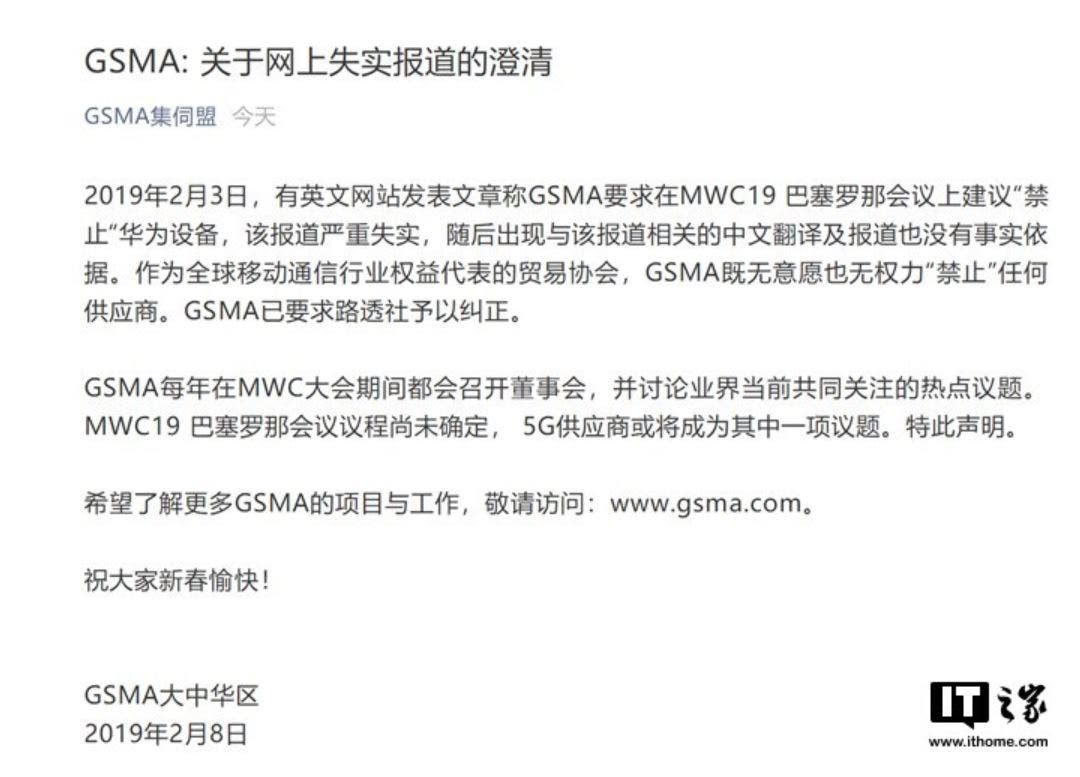 Today, GSMA Group responded to the incident saying that the report by Reuters is “seriously inaccurate” and there is no factual basis for such report. As a trade association representing the global mobile communications industry, GSMA has never and will never wield such powers to “ban” any supplier. The GSMA has requested Reuters to correct the false impression it created. The GSMA said that the meeting of the board of directors will be held every year during the MWC conference and it will discuss current hot topics in the industry. The agenda of the MWC19 Barcelona meeting has not yet been determined, and 5G suppliers may become one of the topics.