Today, @Motorola officially announced on Weibo that Motorola Moto G7 Plus red version will land in the Chinese market soon and it also said: “this will be Motorola’s only big eyes in China this year.” (translation a little rusty). The last part of the announcement cast a lot of doubt on the hearts of Motorola fans in China. The statement suggests that the country should not expect to see any real flagship device after the red version of the Moto G7 Plus. 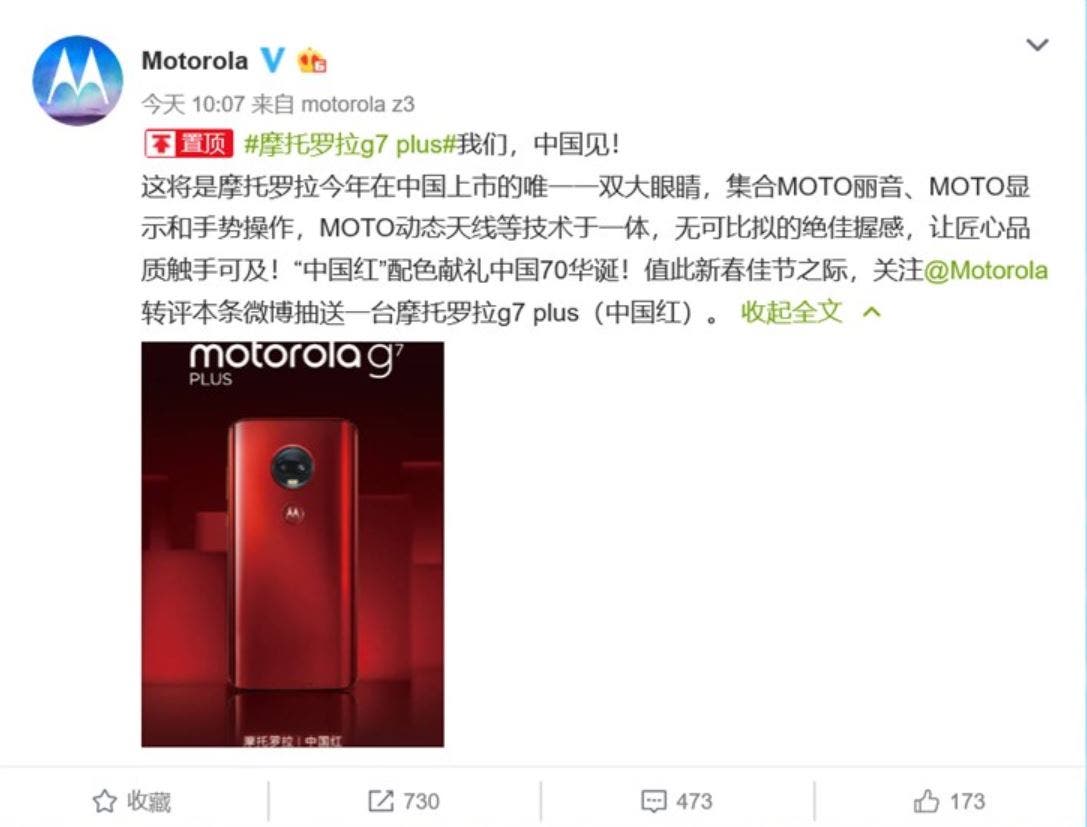 Yesterday, Motorola officially released its new G7 series in Brazil yesterday –Moto G7, Moto G7 Play, Moto G7 Power and Moto G7 Plus. The Moto G7 Plus has a body size of 157 x 75.3 x 8.3 mm and weighs 176g. The smartphone is equipped with a 6.2-inch 19:9 FHD LCD waterdrop screen and it is powered with a Qualcomm Snapdragon 636 processor coupled with 4GB of RAM and 64GB of internal storage (expandable to 512GB). It comes with a 16MP+5MP dual rear camera and for selfies, there is a 12MP shooter up front. The lights of this smartphone are kept on by a 3000 mAh battery which supports 27W QC4 charging. Other features in this device include USB Type-C interface, NFC, rear fingerprint unlock feature etc. It comes with a 2293 yuan ($340) starting price.

At present, there is no specific information on the Moto G7 Plus Chinese red version. No release time and no market price. However, the recent announcement shows that it will arrive pretty soon.

Previous Smartisan remove many products from its flagship store