Chinese smartphone maker and maker of the first holeless smartphone -Meizu is holding a press event in China soon, and in preparation has now sent invites inviting fans and Media to the February 14th event in China.

We are not sure what the star of the event might be, but the invite teaser has a silhouette of a phone, along with the number “3” indicating that a new phone will be unwrapped in three days. The Chinese phone maker Meizu is preparing a new mid-range phone based on recent findings, however, the event could bring about the birth of more than just one device. 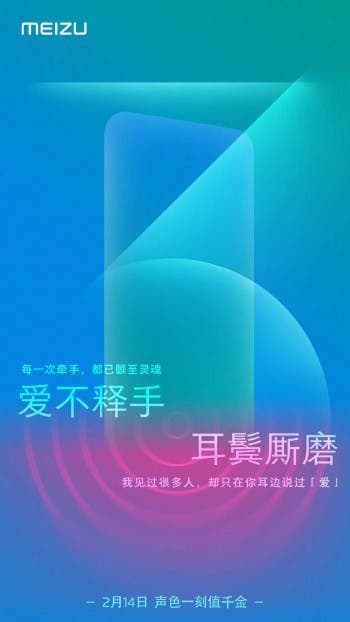 Aside from the Meizu Zero, a Meizu Note 9 has since been rumored and could be the star of the Feb. 14 event. It’s been teased a couple of times and has since appeared on TENAA with full specs last week, with photos added updated earlier today. The device is expected to be powered by a 3,900 mAh battery probably with Meizu’s Super mCharge – that could boost the phone’s battery from 0 to 60 percent in mere 10 minutes and will charge it fully in 20 minutes. Also expected to boost the device spec sheet is a 48 MP rear camera coupled with a 5 MP depth sensor, while a 2 GHz chipset, coupled with 6 GB RAM will sit under the hood.

Next Xiaomi smartphone blasts through Europe - Now No 1. in Ukraine