In the past two years, the global smartphone market basically got to its peak and it became really difficult for OEMs to throw “anything” into the market and succeed. The Chinese smartphone market, which is the largest in the world is saturated thus most brands are now seeking fresh opportunities. The European market has become the new “battlefield”. 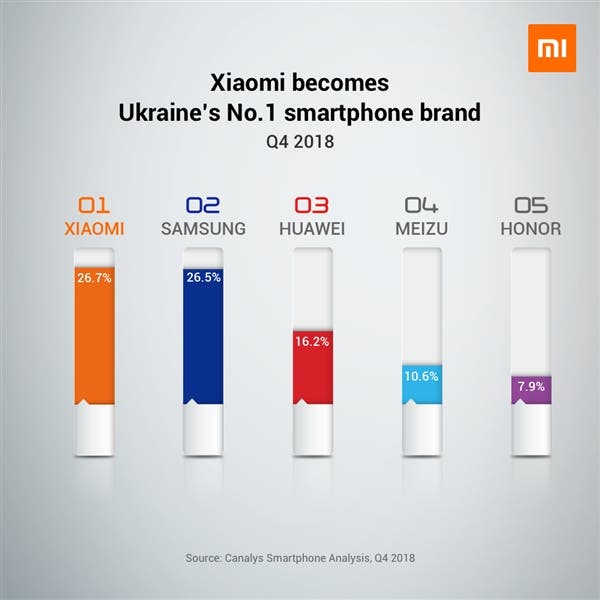 Today, market research firm Canalys released a report showing that Xiaomi’s mobile phone market in Europe has achieved very good results, especially in Ukraine. In the fourth quarter of 2018, Xiaomi mobile phone seized a 26.7% market share and blasted through to the top position for the first time, leading Samsung which claimed a 26.5% market share. Interestingly, four of the top five mobile phone brands in Ukraine are Chinese brands. The others include Huawei (16.2%), Meizu (10.6%) and Honor (7.9%). Even if you are to consider Huawei and Honor as one company, its collective market share is still not up to Samsung in second place. 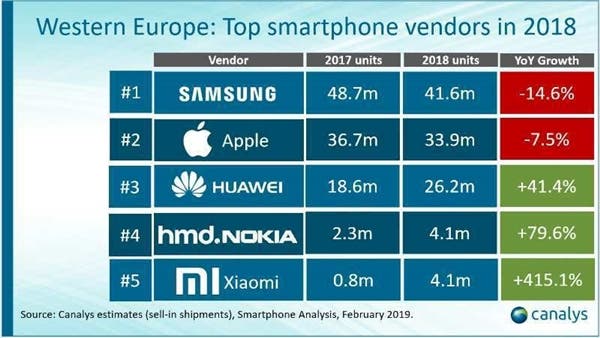 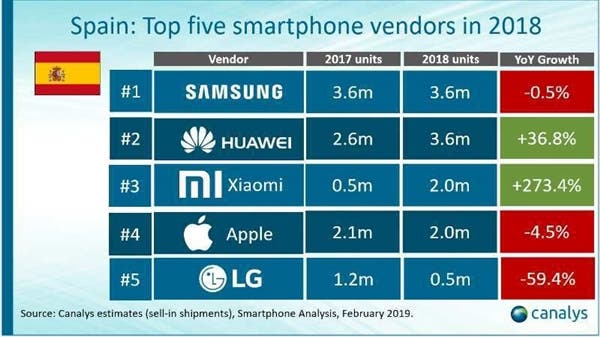 It is worth mentioning that Xiaomi entered important Western European such as France, Italy and the United Kingdom in May 2018. It is quite impressive for it to have achieved such results in just over half a year. Four years ago, Xiaomi began its global development and expansion. As of the second quarter of last year, it grew by 150%. It has entered 82 foreign markets and has become the top five in the 25 markets. According to the third quarter financial report of 2018 , Xiaomi’s foreign market achieved revenue of 22.3 billion yuan ($3.2 billion), up by 112.7% year-on-year, accounting for 43.9% of total revenue.

Previous Meizu Schedules an event for February 14 in China