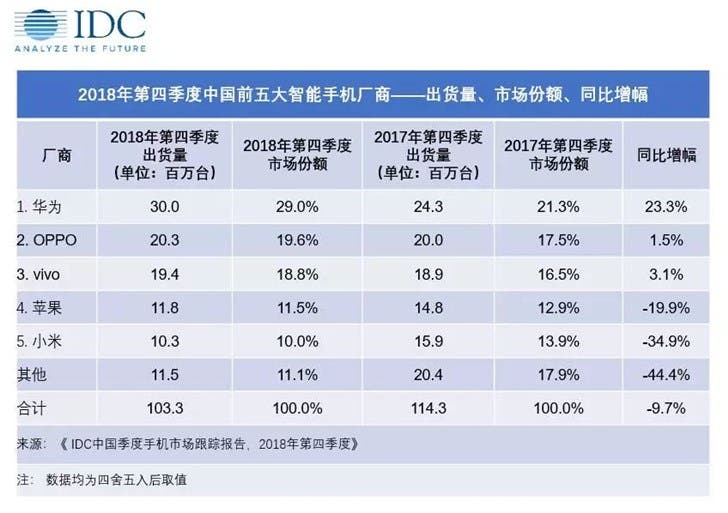 In the whole year, due to the slowdown in the macroeconomic growth, the long-term replacement cycle of consumers, and the diversion of fragmented smart terminals, the overall market shipments of domestic smartphones reached 397 million units in 2018, a year-on-year decline of 10%. The performances of the top five vendors are presented below. Among them, Huawei and VIVO have shown growth despite the trend, and Apple’s decline has reached 11.7%. But the most noteworthy performance belongs to Xiaomi, and it’s not good as you may think. The company fared even worse in the final months of last year when shipments plunged almost 35%. 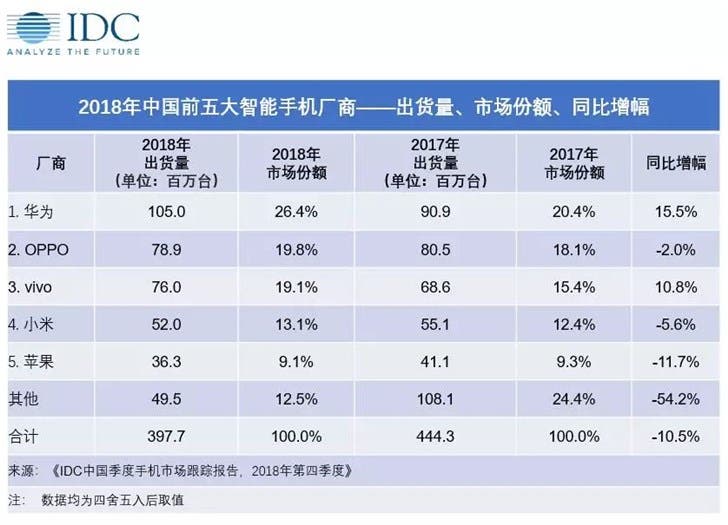 Wang Xi, a senior analyst of IDC China, said: ‘The domestic smartphone market environment in 2019 doesn’t look very optimistic. 5G phones will still only comprise a very small portion of the overall market. We’ve a long way to go before they become mainstream.’

Another thing we should pay attention to is the bad performance of the Cupertino-based company and the South Korean Samsung. The lack of innovations discourages consumers from replacing devices as often as they used to. Plus, these big players should bear the thought that there is another top brand, coming from China. It’s Huawei.

Previous Xiaomi smartphone blasts through Europe - Now No 1. in Ukraine