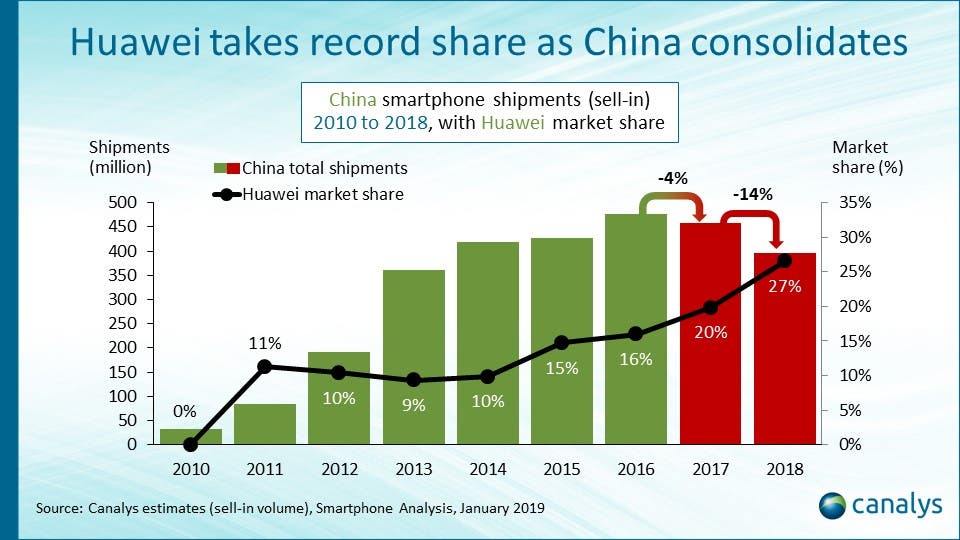 According to the report, the overall market share of the top five smartphone manufacturers has increased significantly from 73% in 2017 to 88% in 2018. Among them, Huawei that is the first in the list and the VIVO that is the third have achieved a counter-market growth. Their annual shipments increased by 15% and 9%, respectively, compared with 2017. Huawei’s annual shipment of 105 million units accounted for 27% of the domestic market. This is also the highest market share since 2012 in the Chinese smartphone market. 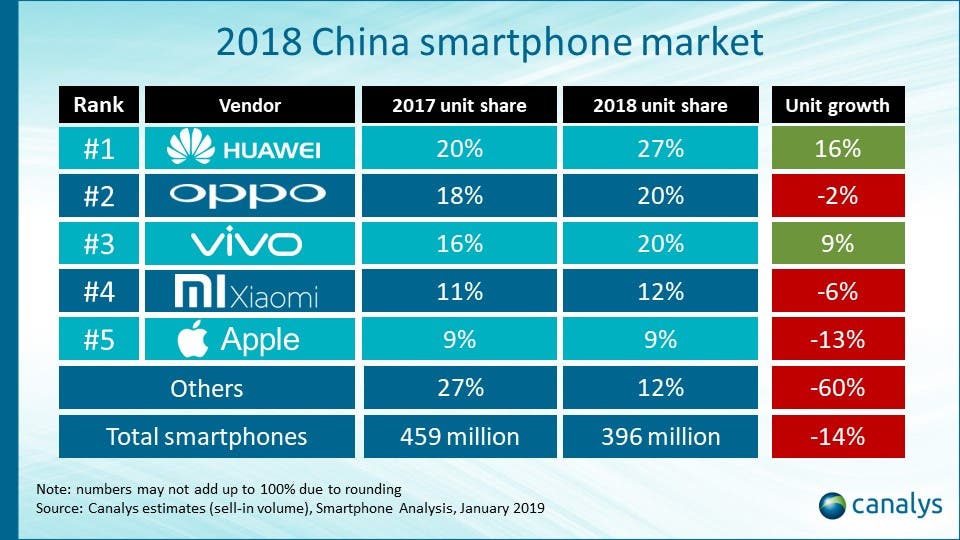 At the same time, OPPO maintained its second place, but the gap from third place (VIVO) has shrunk from 10 million units in 2017 to less than two million units in 2018. The fourth-ranked Xiaomi’s shipments fell 6% year-on-year. But as the overall market shrank, its market share rose slightly to 12%. Apple is the only US-based company among the top five smartphone shipments in the Chinese smartphone market, ranking fifth. But sales are still down 13%.

Canalys also expects the shipments in the Chinese smartphone market will fall by 3% in 2019. So the leading companies will have even less breathing space. Moreover, there is an interesting trend in this region. Consumers have begun paying more attention to high-end and high-quality models. So it’s expected the average selling price of smartphones will exceed $400 in 2021.

Previous Oppo to announce a cheap smartphone with on-screen fingerprint reader in India, could be Oppo K1