Although the smartphone has not yet been released, the US Samsung website has opened a new reservations section where those interested in being one of the first to have the new Galaxy S10 in their hands can register that interest.

Although it may seem a little premature to make a reservation before knowing the specifications of the smartphone, Samsung has published some videos that can make the decision a bit easier.

The reservation form makes it clear that those who place an advance order will receive their unit on March 8, 2019. Therefore, this seems a confirmation of the release date.

In addition, Samsung has confirmed that those who wish to deliver their smartphone when buying the Galaxy S10 can save up to $550. As usual, the actual value of the exchange will depend on the device, its age and its status. 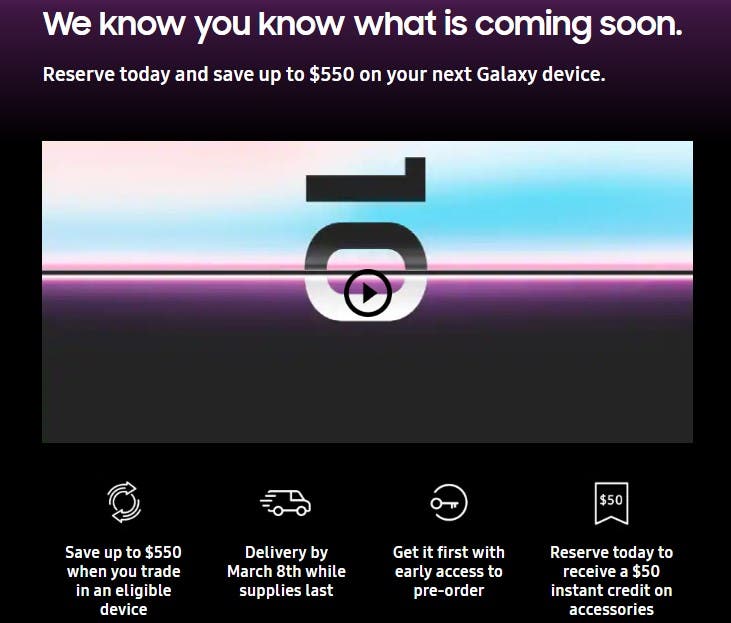 Those who reserve today will also be entitled to receive an additional $50 credit that can be redeemed for the purchase of accessories. Samsung is expected to announce other devices next to the Galaxy S10, including a new smart watch and headphones, and there have already been rumors that Samsung will pack the smartphones alongside with the new headphones.

Samsung also noted that “not all versions of Galaxy devices are eligible for this offer”, which seems an additional confirmation that the Galaxy S10 will reach the market with multiple variants.

Although the exact number of options remains unknown, rumors point to a minimum of three – Galaxy S10e, S10 and S10+ and a possible Limited Edition with 12GB of RAM and 1TB of storage.

Next Instagram is now testing a web version of Direct messages