Xiaomi Mi 9 is one of the most anticipated smartphones of this period and we recently discovered that it will be presented a few hours before the Samsung Galaxy S10. So far there have not been many alleged real images of the flagship, with some unclear shots, but today we can show you what seem to be two photos of the next flagship smartphone from Xiaomi.

In the two images, which you can find in the gallery below, you can see the triple rear camera, with the three sensors enclosed in a single element and the flash placed lower, and a completely clean back, in which only the “Mi” logo is visible. This means that a fingerprint reader integrated into the display will be used to unlock the smartphone, as President Lin Bin anticipated a few weeks ago .

On the front, there is a small water drop notch, very similar to that of Redmi Note 7, in which only the front camera will be placed. You can see a very thin upper frame while the lower frame is not visible but it should be small. There are obviously no certainties that this is the Xiaomi Mi 9, so information must be taken with some doubt.

A new poster also announces the new spokesperson for the Xiaomi brand. This is Wang Yuan, singer of the Chinese band TFBoys, who will be on stage on February 20 to present the new Xiaomi Mi 9. 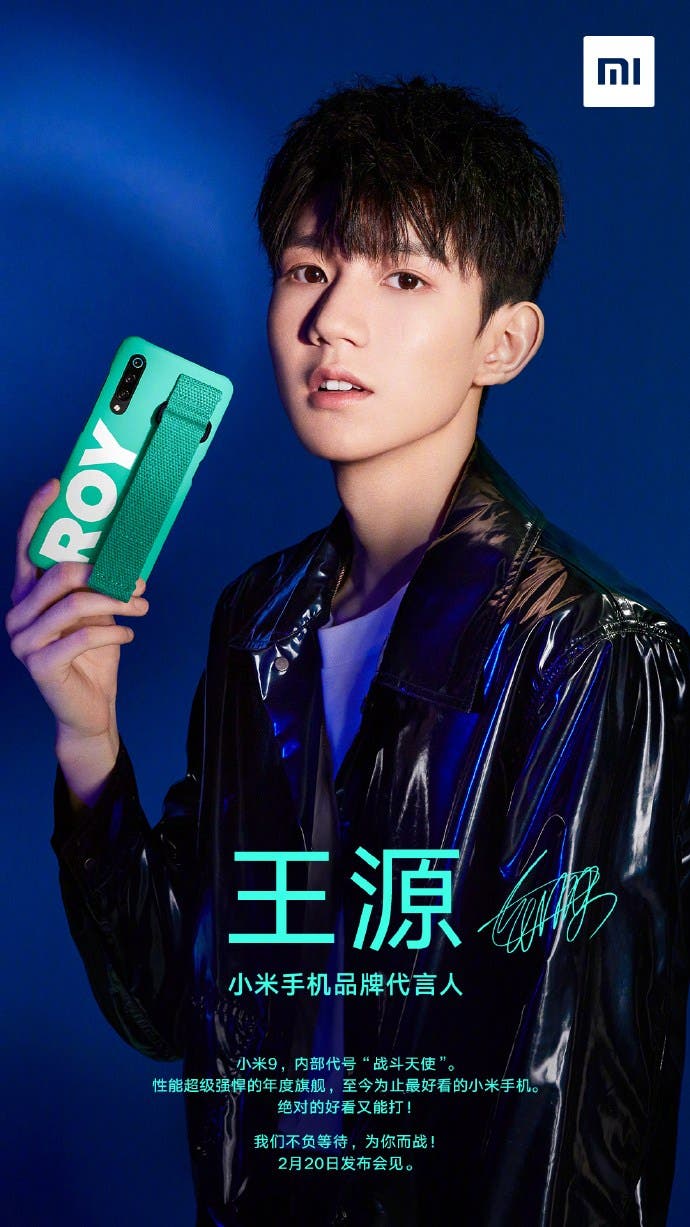