“These Energizer® feature phones target entry-level users that need a device that is easy to use, ergonomic, and reasonably-priced,” said KaiOS Technologies CEO Sebastien Codeville. “This focus on expanding access to affordable solutions is exactly in line with on Kai’s mission of closing the digital divide, which is why we’re pleased to partner with Avenir Telecom and serve such an important user segment.”

The eight Energizer® feature phones, starting at MSRP 29.99€ , will run on KaiOS and come preinstalled with the KaiStore, as well as several apps and services including the Google Assistant, Facebook, Google Maps, YouTube, and Twitter. The devices will be available for distributing partners to stock starting in June 2019.

“With 450 million units sold in 2017, the feature phone market is flourishing. We look forward to launching the first Energizer® phones featuring KaiOS, and making further inroads into this market, notably in developing countries”, declares-DanielJean Beurnier, CEO of Avenir Telecom.

“By integrating KaiOSinto our Energizer® mobile phones, we are able to offer ‘smart feature phones’ that help to connect populations whose internet access is restricted; thus, making them a preferred choice among consumers.” 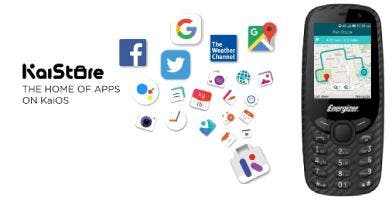 KaiOS currently connects more than 50 million users in over 100 countries. The platform enables a new category of devices that require limited memory, while still offering a rich user experience. Together with its partners, Kai aims to close the digital divide by bringing mobile connectivity to the billions of people without internet in emerging markets, as well as providing those in established markets with an alternative to smartphones.

The suite of the eight new feature phones will be on display at the Energizer® Mobile stand (booth CS 96) at Mobile World Congress in Barcelona, from February 25 – 28.

Next Flash sale on Banggod for the ALLDOCUBE X 128GB