It has been officially announced that Xiaomi will release its new flagship, Xiaomi Mi 9, on February 20. However, nothing official has been said about another smartphone in the Mi 9 series. Nevertheless, there are reports that three stores on Jingdong are currently offering the Xiaomi Mi 9 and Xiaomi Mi 9SE. It is said that the new Mi 9SE will be launched simultaneously with the Xiaomi Mi 9 Standard Edition and the delivery time is expected to be between March 11 to March 20. This information is not verified thus it is best to take them with a pinch of salt. 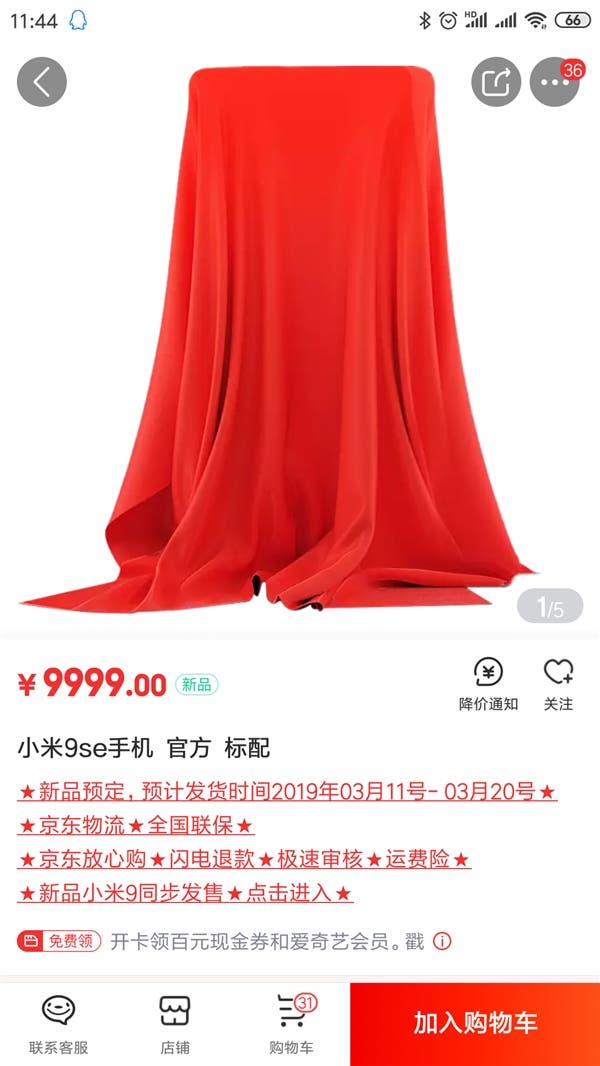 On the store, the Xiaomi Mi 9SE got a comprehensive score of 9.7 points, and has certain credit guarantee, but considering that the Xiaomi official is still in the middle of the “Mi 9 SE,” we may wish to downplay this info for now.

Last year’s Xiaomi Mi 8 SE was different from the Xiaomi Mi 8 in appearance, the chip was reduced to Snapdragon 710, and it eliminated the on-screen fingerprint technology. According to Wang Teng, the former product director of Xiaomi, there will be more mid-range smartphones with on-screen fingerprints this year. If there is a Xiaomi 9 SE, it is obviously the most promising to carry this feature.

Next Xiaomi Mi 9 Explorer Edition Shown In a Promo Video