Yesterday, we reported that Chinese manufacturer, vivo, will have a special announcement today via its new sub-brand iQOO. Today, the sub-brand of vivo showcased its new Snapdragon 855 smartphone at the 68th NBA All-Star Game live channel. As shown in the figure, the iQOO smartphone comes with a vertically arranged rear camera and it uses a glass rear. 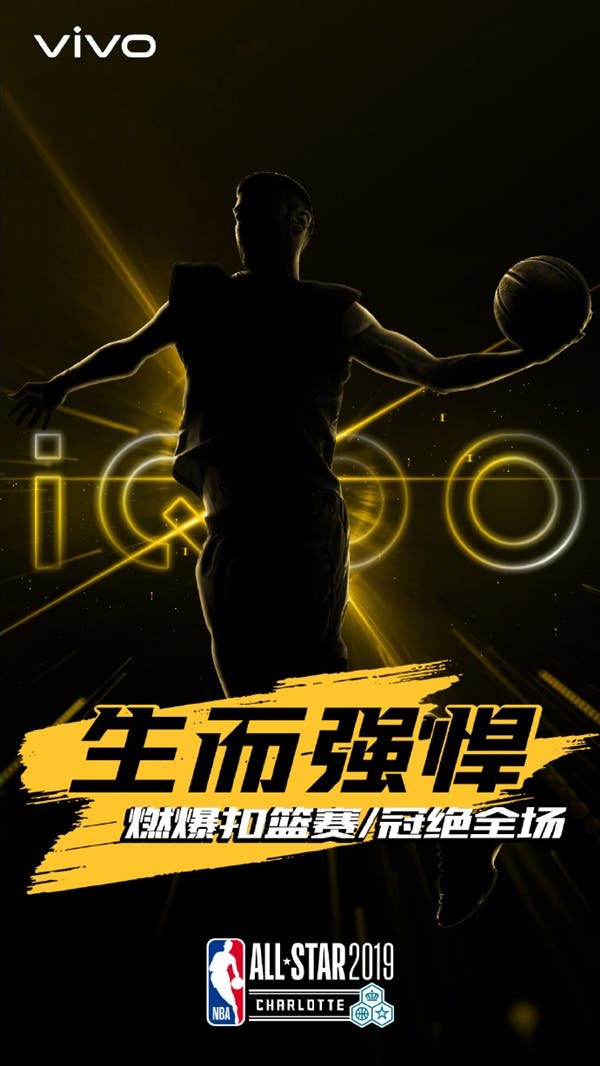 According to the official information released by iQOO, the new iQOO smartphone will be equipped with a Qualcomm Snapdragon 855 SoC, which is built on the advanced 7nm process technology, adopting a new three-cluster eight-core architecture. It has 1×2.84GHz super large core + 3 × 2.42GHz large core + 4 × 1.8GHz small core. Its GPU is Adreno 640 and the AnTuTu score of this chip can reach 380,000.

The company said that the use of the Snapdragon 855 chip in this smartphone is only a small advantage of the new iQOO machine, suggesting that the device has more surprises yet to be announced. As of now, the company did not announce the name of this device and it did not also say when the smartphone will be released. However, we now know that there is another Chinese smartphone with the Snapdragon 855 SoC which will probably be released after the Xiaomi Mi 9 touch down on February 20.