After the first sales of Chinese TV brands in 2018, the Xiaomi TV brand continues to sell strongly in 2019. According to Aowei Cloud Network, in the first six weeks of 2019, Xiaomi TV dominates the top 10 list. On the list, Xiaomi has models from 32 inches to 65 inches and they occupy eight out of the ten models on the list. Xiaomi TV has always defined as a visual portal for smart homes. Xiaomi TV has a built-in AI feature (Xiaoai) which can control the smart home devices and also control the remote with the voice. 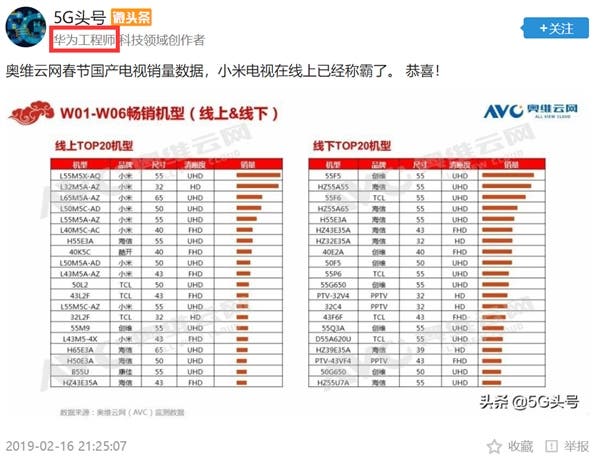 Recently, Sigmaintell officially announced the “2018 Global TV Manufacturers Shipment Report”, and Xiaomi was well represented on the list. Data shows that Xiaomi TV shipped 8.93 million units worldwide, of which 7.56 million units were shipments within China (an increase of 180% year-on-year), and the Indian market shipped 1.37 million. The global sales volume increased by 229% which makes Xiaomi the fastest growing TV brand in the world. 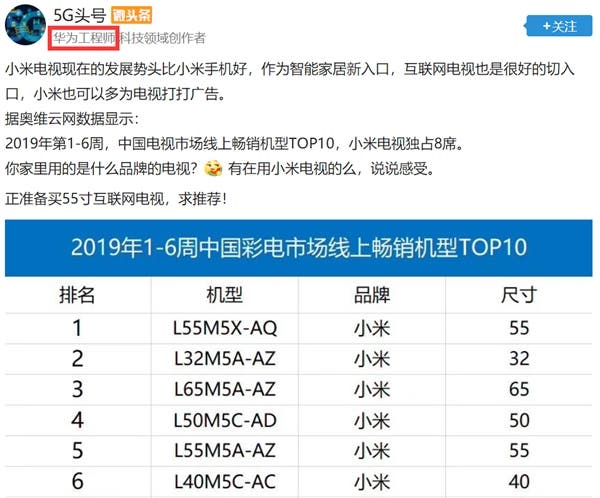 Thanks to the crazy market performance of Xiaomi TV in recent years, the smart home with Xiaomi TV as the core of AioT now has a huge advantage. It is understood that in addition to the online market, Xiaomi TV is still making some strides in the offline market to improve its performance for 2019.

Previous Jingdong has about 90,000 reservations for Xiaomi Mi 9 without price