A few hours ago, Chinese manufacturer, Meizu, released a poster on Weibo with the words “Dear players, you have to enter the battlefield at ten o’clock See you tomorrow .” The main content of the poster is just sky at dusk background and there is no other clue. It will be hard to guess what Meizu has in stock for tomorrow. 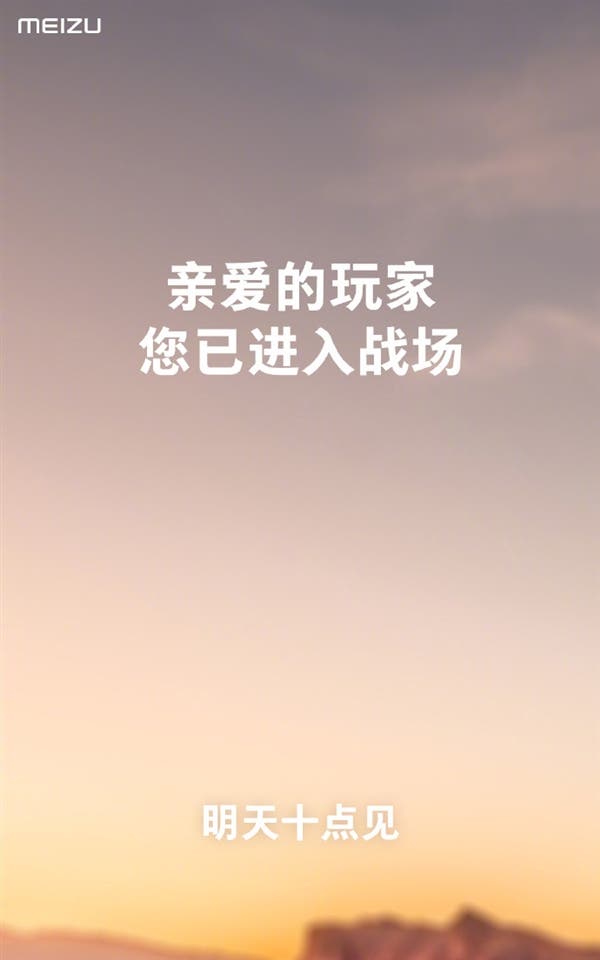 In recent times, two Meizu smartphones has been on the rumor mill but none has released. The Meizu Note 9 and Meizu 16s are two devices that are expected from this company and its tomorrow announcement should be related to at least one of these phones. There is a wide speculation that since Xiaomi surprised the tech world with the pricing of its latest flagship, Xiaomi Mi 9, Meizu might have a price which is ready to “do battle”

Huang Zhang, Meizu CEO revealed some specs of the Meizu 16s on the Meizu Forum. According to Huang Zhang, Meizu 16s will use a 6.2-inch full-screen without bangs. The screen display width is the same as the 6.39-inch with a ratio of 19.5:9. The slightly shortened version of the 6.39/6.4-inch screen has the same experience but a smaller body, and it comes with the standard Corning Gorilla Glass 6 just like the Xiaomi Mi 9. The battery capacity is 3600 mAh, which is similar to the Meizu 16th Plus 3640 mAh. Huang Zhang also revealed that Meizu 16s will be mass-produced in March, released in April, and the cost will be improved compared with 16th. The price will be above 3300 yuan ($491), slightly higher than Xiaomi Mi 9. So the news that Meizu will announce tomorrow is very likely to be the release date of the Meizu 16s.