Earlier today, Chinese manufacturing giant, Xiaomi, released its latest flagship smartphone, Xiaomi Mi 9. The company surprised everybody with the starting price of this smartphone as the standard version with 6GB of RAM and 128GB of internal storage was released for 2999 Yuan ($446). This is quite different from speculations which suggested that this device will sell for at least $500. Xiaomi immediately made this smartphone available for a 100 Yuan ($15) pre-sale and within a few minutes, the company announced that it has been sold out. 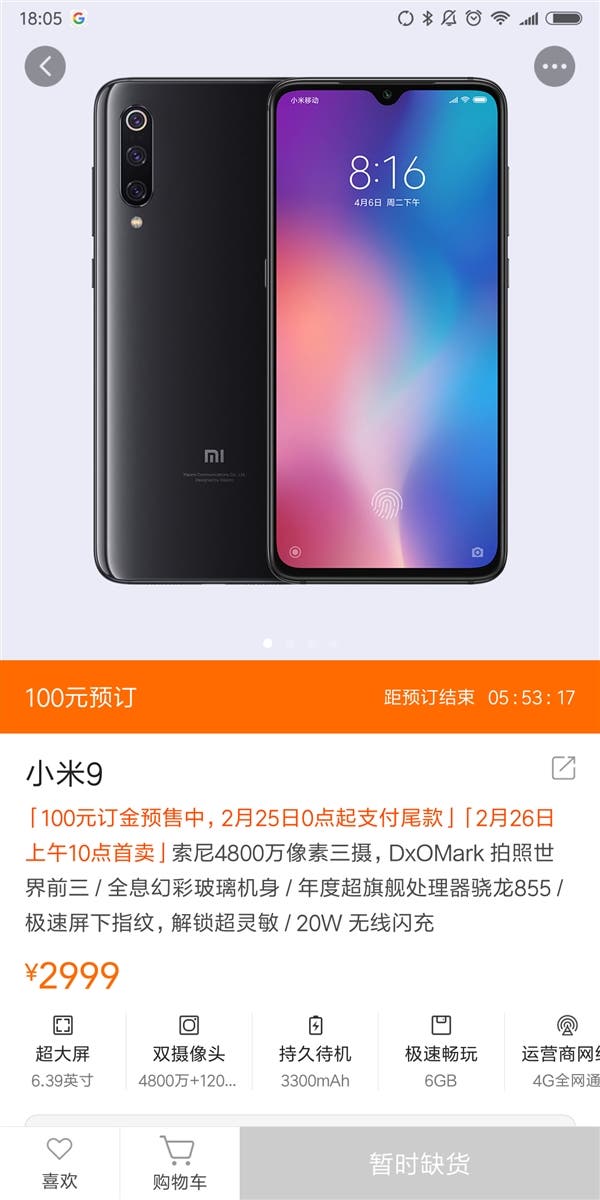 Although Xiaomi did not announce the exact number of units sold for this pre-sale, the company has stated that the stocking of this smartphone wouldn’t be a problem. The Xiaomi Mi 9 comes with a 6.39-inch Samsung AMOLED display and the battery capacity is only 3300 mAh which many have considered to be quite small. This smartphone is powered by the latest Qualcomm Snapdragon 855 SoC coupled with up to 12GB of RAM and up to 256GB of internal storage.

In the camera department, the Mi 9 comes with a triple rear camera setup. It has a 48MP Sony IMX586 main shooter coupled with a 12MP portrait camera and a 16MP super wide-angle lens. This smartphone hit 112 points on DxOMark eclipsing Google Pixel 3 and iPhone XS. Lei Jun, founder, chairman, and CEO of Xiaomi Technology said that the comprehensive strength of Xiaomi Mi 9 camera surpassed all Samsung and Apple mobile phones, and it is very close to the first place. He also stated that the Huawei Mate 20 is no match for the Xiaomi Mi 9.

The aircraft will be officially on sale on February 26, starting at 2,999 yuan.

Next Meizu to make a special announcement tomorrow