It’s finally official, the Korean electronics giant Samsung on Wednesday at its Unpacked event in California in a move to excites its fans once more, make a dramatic recovery and defend its title as the world’s top smartphone brand rolled out a bunch of smartphones and its much talked about foldable smartphone, what a perfect way to mark the 10th anniversary of the Galaxy S lineup – meet Samsung’s latest, most complex and sophisticated smartphones – the Samsung Galaxy S10E, the Galaxy S10, the Galaxy S10 Plus, the Galaxy S10 5G, (Samsung’s first 5G phone), and lastly the Galaxy Fold- the brand’s first foldable phone.

The entire S10 lineup is a product of Samsungs quest for perfection in providing smartphones with immersive user experiences, and for the Korean giant, perfection at this stage means a device with:

An edge-to-edge screen with pint-sized bezels, one that can wirelessly charge another device, one with an Infinity-O display with pint-sized cut for front-facing cameras, and what is more, one with ultrasonic in-screen fingerprint reader that uses sound waves and of course a device with multiple rear cameras, up to 1TB of built-in storage and many more.

The Galaxy S10 is a huge improvement over the S9 featuring an edge-to-edge screen that feels natural thanks in part to the “punch hole” which finally allows Samsung to avoid the whole notch trend design, but still, have the front cameras in place. The punch hole on the S10+ is a bit wider than the circular one on the base Galaxy S10, it is, in fact, a double punch hole for dual selfie cameras. For the first time, Samsung bidding goodbye to the capacitive fingerprint scanner in favor of the ultrasonic scanner embedded beneath the screen which it claims is the most advanced, most reliable, harder to trick and the best performing scanner than anyone already in the market. Do note that the ultrasonic scanner cannot work through thick screen protectors, but we are told Samsung has certified some compatible third-party protectors.

Although the Galaxy S10+ share some similarities with the base Galaxy S10, it is without a doubt the best of the trio. It features a large 6.4” curved Dynamic AMOLED display of 1440p+ resolution with an ultrasonic fingerprint reader right beneath it, while a dual punch hole for the 10-megapixel Dual Pixel front-facing camera and a secondary 8MP depth sensor sit at the top right.

At the rear, you have a triple shooter with dual OIS comprising of a 12MP  primary sensor with Dual Pixel autofocus, optical stabilization, an aperture that can switch between f/1.5 and f/2.4 as well as a 12MP telephoto shooter (45°) laced with OIS and Phase Detection AF, and a third 16MP 123° Ultra Wide sensor with f/2.2 aperture with 0.5X/2X optical zoom, up to 10X digital zoom.

Under the hood, the S10+ gets either the Snapdragon 855 or the Exynos 9820 chipsets coupled with 8GB of RAM and 128GB storage, while the premium Galaxy S10+model with ceramics back will get 12GB of RAM and 1TB storage. Both models can be expanded up to 512GB using the hybrid SIM slot. 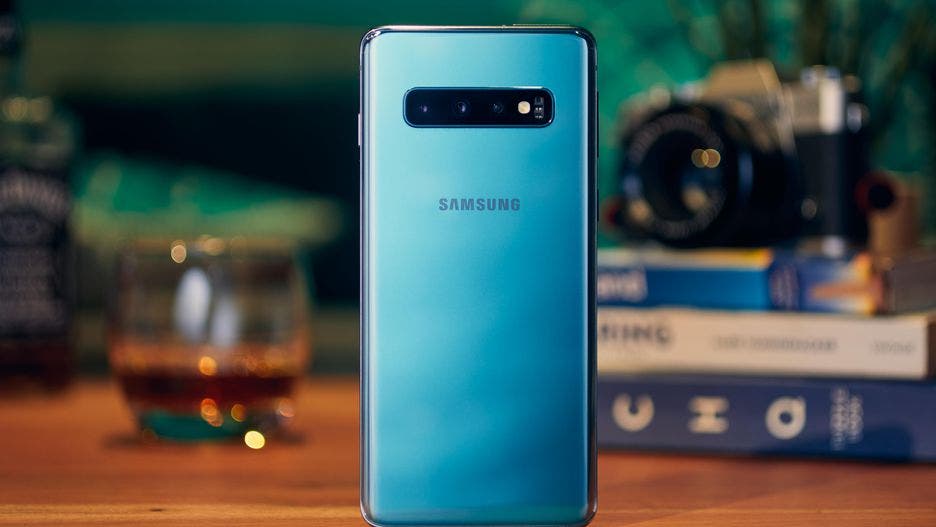 The standard Galaxy S10 is simply the Galaxy S10+ packed in a more compact body, albeit some other obvious differences, case in point – the battery, display sizes and the number of cameras. Fitted with a 6.1” screen, the Galaxy S10 retains its bigger sibling Dynamic AMOLED tech with an ultrasonic fingerprint reader, but with a single front camera, and the same rear camera setup. The SoC is the same, but the S10 will have to make do with just 8GB RAM, 128GB or 512GB storage space. The Galaxy S10 gets a 3400mAh battery with similar wired and wireless charging functions. 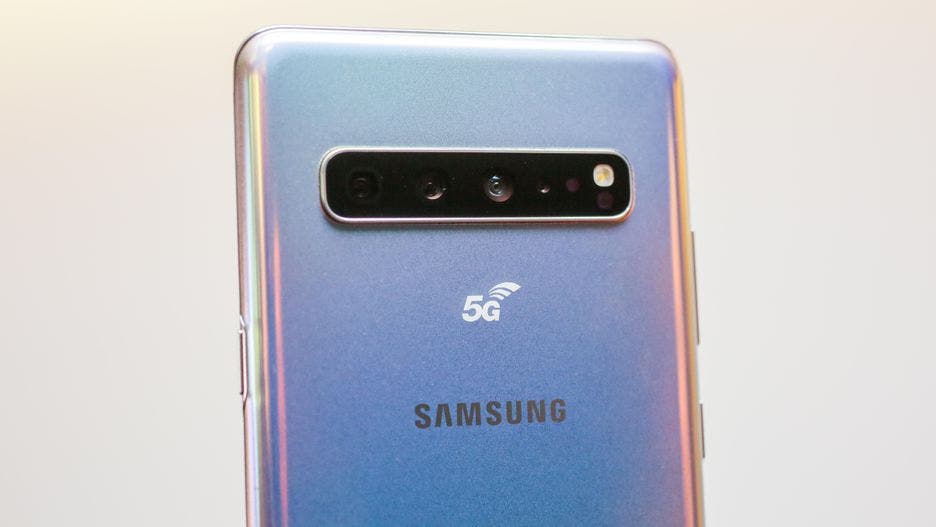 Samsung also announced a 5G variant of the Galaxy S10 that has a 4,500-mAh battery with 8GB RAM and 256GB storage with no option for expansion making it the only member of the lineup without a microSD card slot.

The Samsung Galaxy S10e is the most basic of the trio. Its a watered-down variant of the Galaxy S10, and is clearly aimed at those operating on a tighter budget. The device still, keeps some of the juicy features of its bigger siblings, albeit some compromises. First, the display is a lot more now compact – at 5.8 inches, the Galaxy S10e eschews the continuum curved sides display for a flat Dynamic AMOLED panel with HDR+ support, and drops the in-screen fingerprint reader for a side-mounted one as rumored.

Samsung has also dropped the telephoto module on the flip side, leaving the S10e with just the 12MP main cam and 16MP ultra-wide angle shooter, while retaining the 10MP/4K module used on the S10. Battery sized also has been cut down to a 3,100mAh size, but still enjoys the fast wired and wireless charging, plus Wireless PowerShare goodies. Inside the device is the Snapdragon 855 or  Samsung Exynos 9 Series 9820 SoCs coupled with 6GB of RAM and 128GB storage, and  8GB of RAM and 256GB storage.

The Galaxy S10, S10+, S10e are immediately available for pre-order in the US and several countries and will go on sale from March 8, 2019, in select markets.  Early adopters in a few select markets will get the Galaxy Buds worth $129.99 for free. Pricing will vary depending on the region, but below are the general price ideas.