DxOMark has updated the camera score of the Samsung Galaxy S10+ and from the latest result, this smartphone got a total score of 109 points. It claimed 114 points for images and 97 points for video. This is exactly the same scores for the Huawei Mate 20 Pro which has been on top of the list for some time now. Nevertheless, the Galaxy S10+ has an edge over the Mate 20 Pro in the selfie camera category. This category was recently launched by DxOMark and it does not get much attention for now. Samsung Galaxy S10+ scored 96 points for the selfie camera (highest in the world) while the Mate 20 Pro managed 75 points. 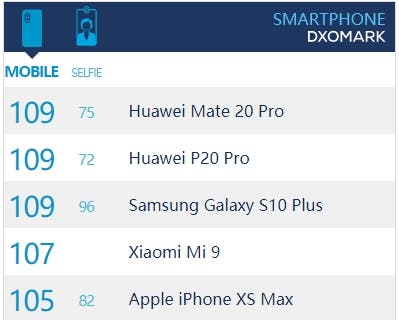 Next Shen Yiren: There will be no Oppo Find Z