In recent times, there have been speculations that the successor to Oppo’s flagship, Oppo Find X, will be called “Oppo Find Z”. However, the Vice President of Oppo, Shen Yiren, has now confirmed that “there is no Oppo Find Z “. Shen Yiren said that the series in which the Oppo Find X falls was initially called “Find Series” but now, the name has been modified to “Find X series” which kills all possibility of a “Find Z”. Out of curiosity, some netizens asked Mr. Yiren if the name of the next Find smartphone will be “Find X2” and he responded, “I can’t rule out the possibility”. 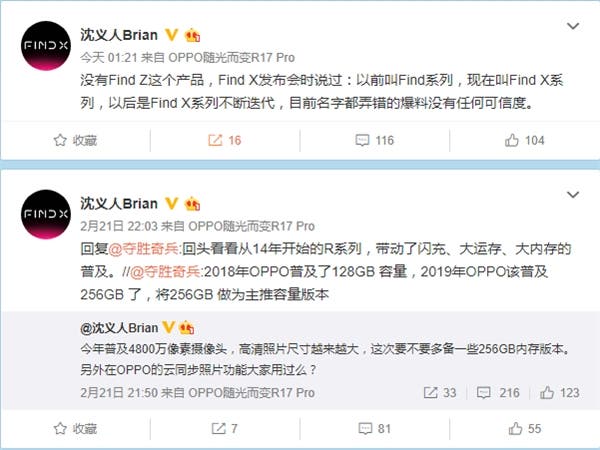 It is easy to see from the OPPO product line naming, OPPO mobile phones have been named after odd numbers, such as R series, Find series, etc. so it is suspected that the next generation of Find X series products may still be named after odd naming rules. It is worth noting that Shen Yiren revealed that OPPO will launch the Snapdragon 855 mobile phone this year, so it may be the next generation of Find X series product.