Yesterday, US President, Donald Trump granted an interview with the media. One of the reporters asked him “You sent a message yesterday that in the 5G and 6G fields, the United States will not rely on blocking more advanced technologies. What were you actually referring to?” Trump said, “I want all companies to compete, and I don’t want to artificially block people based on excuses or security reasons.” The reporter asked whether these companies include Huawei, Trump said, “I am talking about all companies. Really, including (Huawei).” 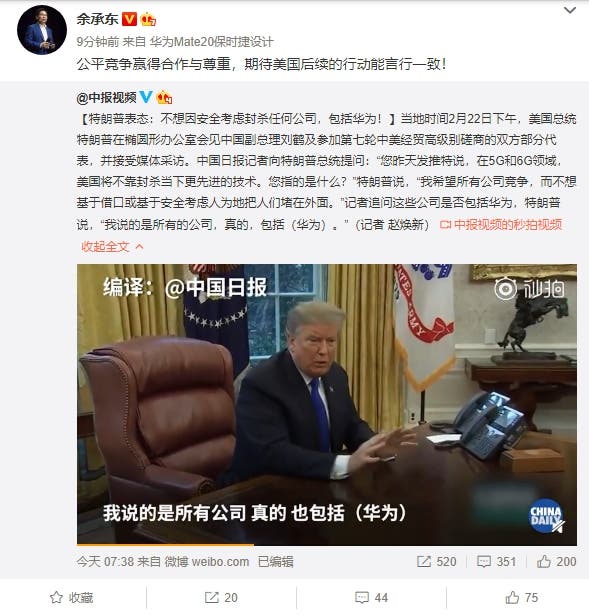 In this regard, Huawei’s consumer business CEO, Yu Chengdong, swiftly responded: “Fair competition wins cooperation and respect, and we expect the follow-up actions of the United States to be consistent!”. On Thursday, Trump called on US telecommunications companies to speed up the construction of 5G communications networks, and he hopes that “the United States will win through competition, rather than blocking some of the more advanced technologies.” 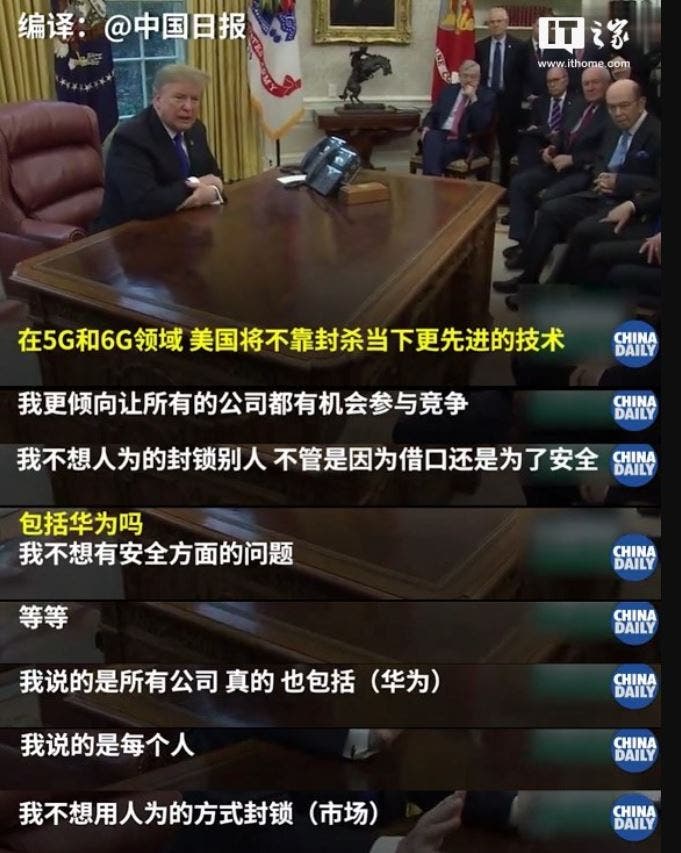 Recall that the United States banned indigenous carriers from using Huawei’s 5G equiment which are obviously more developed, cheap and advanced citing security reasons. It also called on its allies to do the same and some countries have followed the footsetp of the US. However, it now seem like the US is not happy with the gap that Huawei is giving US companies in 5G technology development hence the ban. Nevertheless, the US president is not willing to continue the trend thus he is requesting for other US manufacturers to buckle up.