Xiaomi denied, through the director of the public relations unit, the news that a whitelist containing applications approved by the Chinese company will soon be introduced.

The news was circulated these days on Weibo, the platform of Chinese social networks, and depicts a rather disturbing scenario for Xiaomi users. In fact, it seemed that a new function was being prepared, at least initially intended only for smartphones sold in China, which prevented the installation of unauthorized applications. 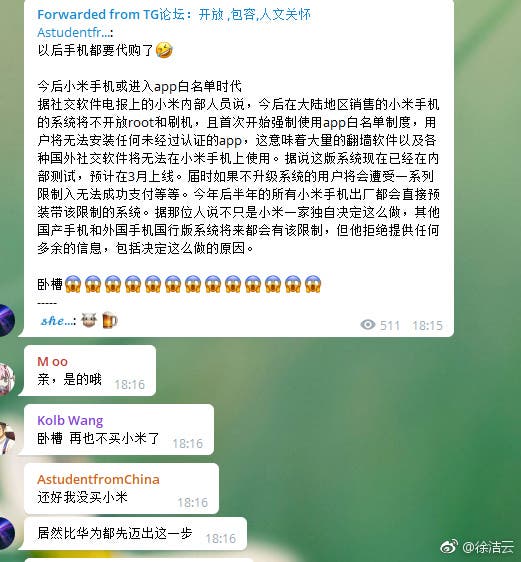 The function could have been useful in China, where the Play Store , as well as all Google services, is still banned, and where it is not easy to make sure of the reliability of the applications. Different is the speech for users of the Global version, which can count on the (relative) security of the Google store, which is usually very quick to remove potentially harmful applications.

Previous Nokia 6.1 plus gets new RAM variant in India, priced at $260