Samsung may have done its own thing a few days back out of the vicinity of the MWC19, the event, still is shaping out to be a very exciting one. The Huawei Mate X, a couple of devices and the Nokia 9 already emanated from the event on the evening of Fb 24, and now LG is adding its voice to the pool announcement. Welcome the LG G8 ThinQ- the sequel to last years G7 and LG’s take on the Galaxy S10.

Although the LG G8 ThinQ looks a lot like the G7 from last year, it has a lot going on within it that has made it a worthy rival to Samsung’s recently unveiled Galaxy S10. Rather than giving the G8 a complete design overhaul, LG mobile has channeled its efforts to a phone you can really interact with, particularly doubling down on the biometrics – giving users of the G8 ThinQ up to three ways to secure the phone.

Starting off with the display front, the LG G8 ThinQ much like the V50 ThinQ retains the iPhone X notch type rather than a punch hole or the water-drop type, and while that may sound or look like i is left out in 2017, LGs approach is a welcome one given that its use of the notch confers on the G8 some quirky features. The Notch is home to an 8MP camera, and notably, a time-of-flight sensor which LG prefers to name the Z Camera that is particularly useful for depth detection, ‘touchless’ controls using hand gestures including pinching, twisting or swiping in front of the camera. The Z camera also includes LGs palm vein authentication dubbed Hand ID – a feature that offers more security than a fingerprint sensor, identifying owners by recognizing their hand when it’s placed in front of the front-facing camera.

Interestingly, and as it already confirmed before the official launch, the LG G8 ThinQ features a Crystal Sound OLED which uses the main display to emit audio, acting essentially as a speaker, but is aided by the bottom-facing speaker for bass. 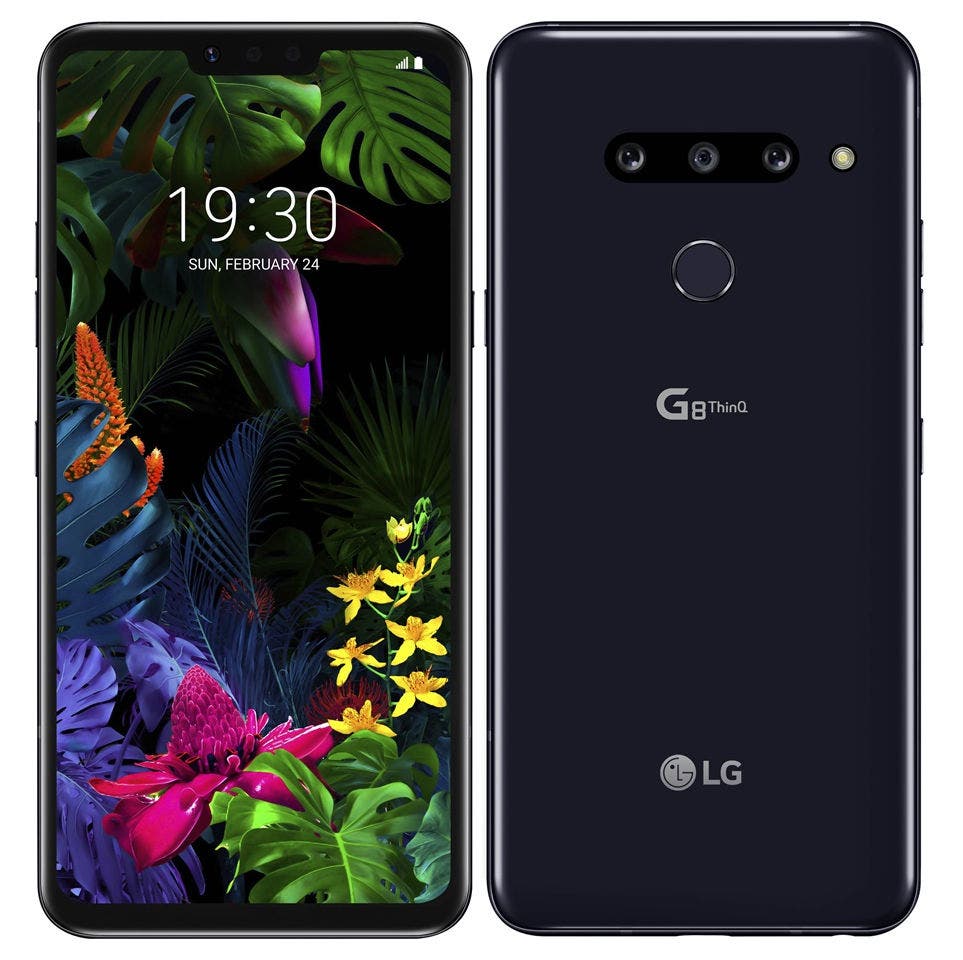 Unlike the Galaxy S10 from its main rival, the G8’s screen doesn’t include a fingerprint under the display, LG instead opted for a rear fingerprint scanner placed beneath a triple/dual-lens camera setup depending on your region.

Other stuff included underneath are all on par with similar flagships announced at about this time, and that includes a  Snapdragon 855 processor, USB-C connectivity and a 3.5mm headphone jack.

While the Korean firm has yet to officially price the device, it did say it will roll out the device later in March in Carmine Red, New Aurora Black, and New Moroccan Blue colors.

Previous Intel can't keep up: Apple will not launch 5G iPhone this year

Next The LG G8s ThinQ announced with some cut backs