The LG  G8 ThinQ won’t arrive until February 24 in Barcelona, but we may already now have an idea of what the device will look like, at least in terms of the design. Although we there has been a dearth of leaked renders of the device, a supposed official render of the LG G8 ThinQ has leaked online, courtesy of our friend and trusted Twitter brother Evan Blass (aka @evleaks).

The leak gives us the best look yet of the LG G8 ThinQ from all directions Take a look at the render below. You will notice from the render that the LG G8 won’t come with a significant overhaul over last year’s LG G7 ThinQ. They both look alike, both with some obvious, and probably not too cherished changes. 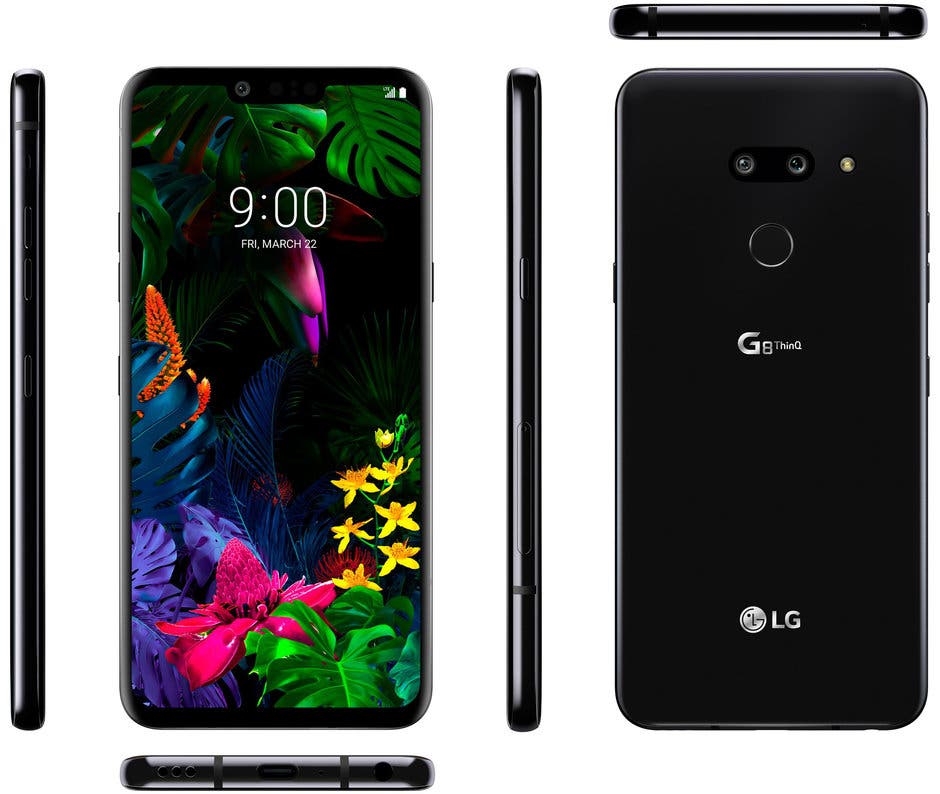 On the back, the LG G8 ThinQ has a fingerprint scanner and not the in-display scanner, and much like the G7 ThinQ, the G8 will come fitted with a dual rear setup, but while the G7 has a vertical orientation, the G8 ThinQ camera is now horizontally aligned.  Not much has also changed on the display side – the G8 gets the same wide notch around the display but with thin Bezels all round.

Notably and perhaps the most important design change is that LG is still cleaving to the standard 3.5mm audio jack located at the bottom of the device.

The LG G8 ThinQ is said to retain the G7 screen size and resolutions – a 6.1-inch OLED display with 1440 x 3120 pixels, while the powerful SD 855 SoC will sit under is hood. There are bound to be different storage variant with at least 6GB RAM and 128GB of expandable storage. Not much has been revealed about the  LG G8 ThinQ camera and battery specs, but initial leaks have it that the device will get significant camera upgrade, with only a slight battery bump.

Note that these leaks and renders are not entirely official, so we will have to wit until February 24 to see what the device actually look like.