As earlier covered, Redmi took the wraps off the Redmi Note 7 in India today. But as previously speculated, the company has something more to unveil – The Highly anticipated Redmi Note 7 Pro. Since the Note 7 was originally introduced in China, users have been complaining about the choice of processor. While the Snapdragon 660 is a great SoC, it is already outdated considering the best options that we have nowadays. Thankfully, the Note 7 Pro comes with an updated chipset, upgraded camera, and some pros to make it the long waited for Redmi Note upgrade that users have been claiming for in the recent years.

Just like its sibling, the Redmi Note 7 Pro boasts a 6.3-inch FHD+ display with 19:5:9 aspect ratio and a tiny waterdrop notch to house the front-facing camera. The panel has 450 nits brightness with a 15000:1 contrast ratio. The bezels around the display measures just 1.95mm, that’s considerably thinner than previous Redmi smartphones. It also features Sunlight Display mode and Reading mode that will improve the experience over contact with intense sunlight, or by reducing the harm the display light can do to your eyes while reading. The phone is covered by Corning Gorilla Glass 5 in the front and in the back.

Under the hood, we’ll find the biggest difference of the Redmi Note 7 Pro – The handset is powered by a newer 11nm Snapdragon 675 octa-core that is coupled by the modern Adreno 612 GPU. This performance package is a real upgrade over the Snapdragon 660, and much more when compared to the last year’s Snapdragon 636. The device will be available in two variants with 4GB of RAM + 64GB of Storage, or 6GB of RAM + 128GB of Storage, both versions support memory expansion via microSD cards.

The original Note 7 came with a 48MP, but since the fact that the Snapdragon 660 doesn’t support this resolution, we always knew that Redmi used a trick to achieve pictures with this resolution. Now, the company introduces the Redmi Note 7 Pro with a real and more powerful 48-megapixel primary Sony IMX586 sensor with an f/1.79 aperture that is coupled by a 5-megapixel secondary sensor for depth sensing along with an LED flash. The company also introduced a steady handheld night photography mode for what looks to be the best camera experience in a Redmi Note smartphone.

As you might expect, the Redmi Note 7 Pro is powered by the 4,000mAh battery that is present since the Redmi Note 3 and is marked as one of the main characteristics of this smartphone lineup. With the advent of efficient processors, the Redmi Note lineup has become a mandatory choice for those who love the battery life and don’t want to concerned with the need of charging the phone in mid of a day. Thankfully, if you run out without power, the handset is equipped with a USB Type-C port that supports QuickCharge 4 but comes with a regular 10W charger, so if you want to be fully benefited by Qualcomm’s Quick Charging system, you’ll need to buy an 18W third-party charger.

The combination of this 4,000mAh battery plus the power efficient 11nm chipset, the Redmi Note 7 Pro promises to deliver 14 days of standby time, 45 hours of talk time and 8.5 hours of gaming.

Thankfully, the Redmi Note 7 Pro retained the 3.5mm headphone jack that is becoming something rare among smartphones equipped with USB C standard. The very convenient IR Blaster is also present in the package for sake of Redmi lovers. Along with the usual set of connectivity options, the device supports Dual SIM and Dual VoLTE, as you might expect, you’ll have to opt between having a microSD or a secondary SIM card, unless that you buy some of these small adapters at Aliexpress. 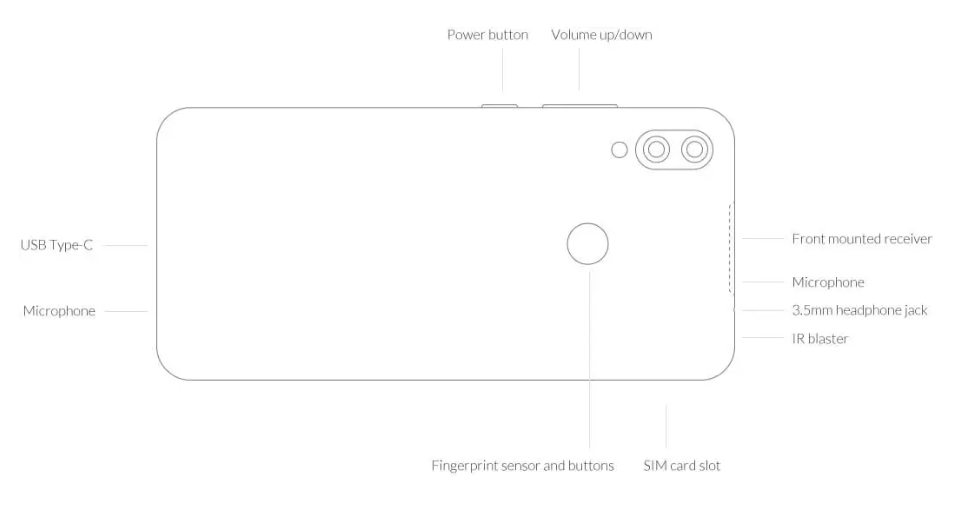 Last, but not least, the Note 7 Pro runs Android 10 Pie straight out the box with MIUI 10 running atop.

The Redmi Note 7 Pro is available in three color options — Neptune Blue, Nebula Red, and Classic Black. While the Neptune Blue and Nebule Red come with the gradient finish, the Classic Black is as you might expect just a plain black color, for those who prefer a solid matte finish over fancy design.

Currently, there’s no word if the smartphone will reach the Chinese market, but despite all the strength and importance of the Xiaomi’s Indian market, we doubt that the company will leave this device as an India exclusive smartphone. If the company follows the last year’s Redmi Note 5 Pro schedule, we should see a launch in its homeland towards late March, followed by a Global release in mid-April. 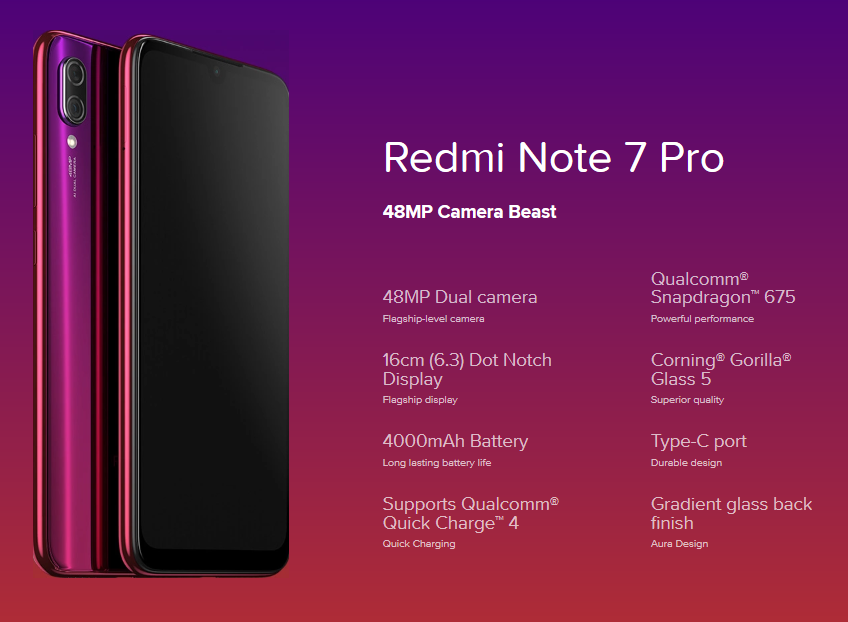 The Redmi Note 7 Pro has all the pros to be a hit in the Indian market, and in other regions where Xiaomi has a presence. It will undoubtedly be the first champion of the new Redmi sub-brand.

Previous Redmi Note 7 Durability Tests: Not As Solid As Said Before

Next Motorola confirms its foldable phone is coming