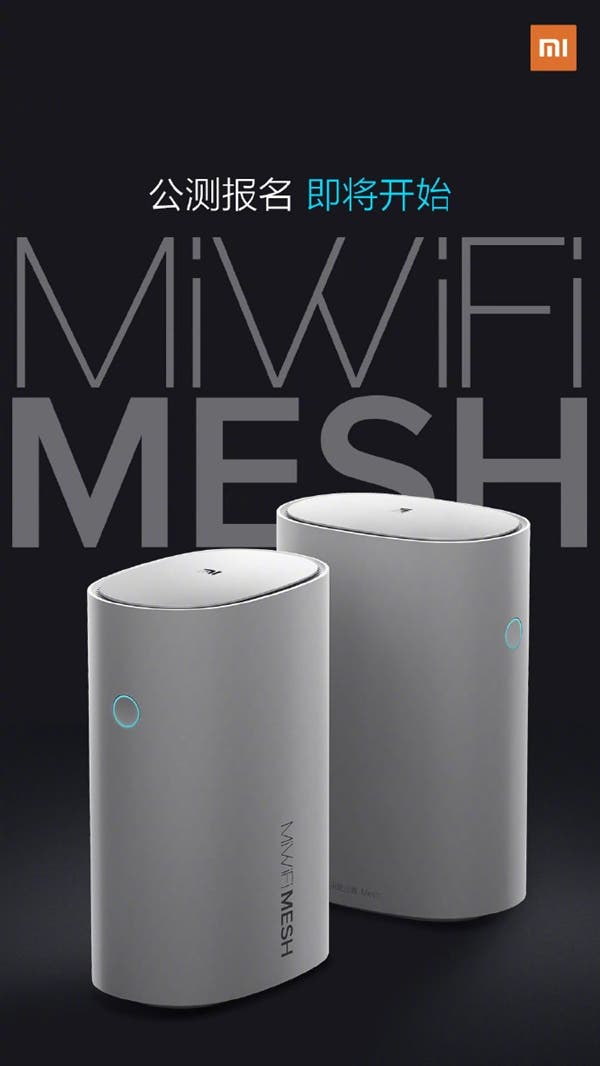 According to the official introduction, this is a Wi-Fi system that can handle various home environments. Simply said, the Xiaomi Mesh Router Suite consists of two different routers, and can easily solve the seamless coverage of various types of Wi-Fi signals through networking. 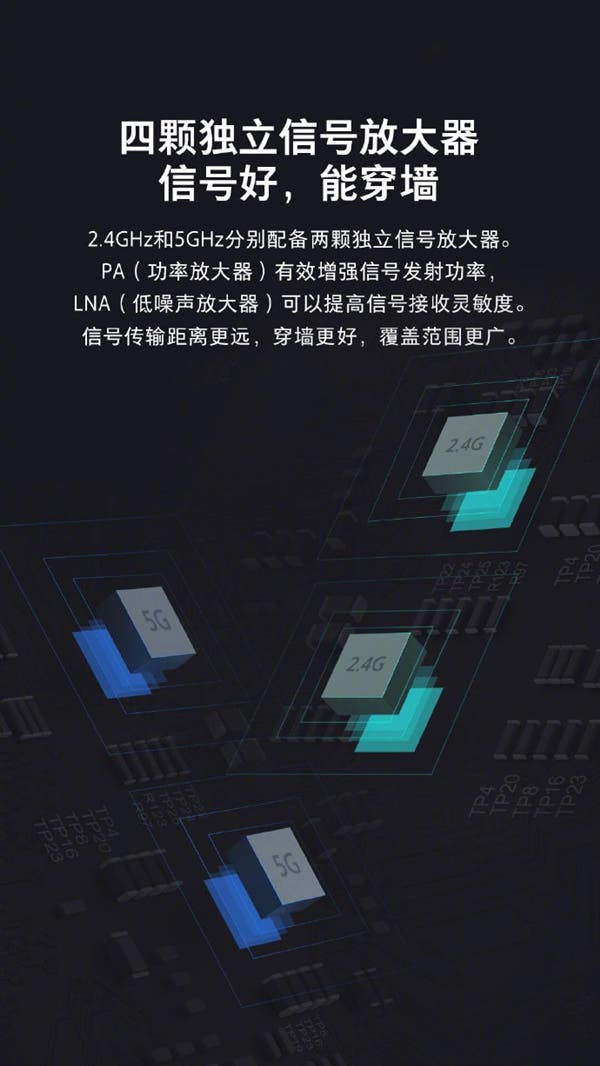 The router is equipped with two independent signal amplifiers at 2.4GHz and 5GHz, respectively. The signal transmission distance is improved, the signal passes better through the wall, and it has wider coverage. 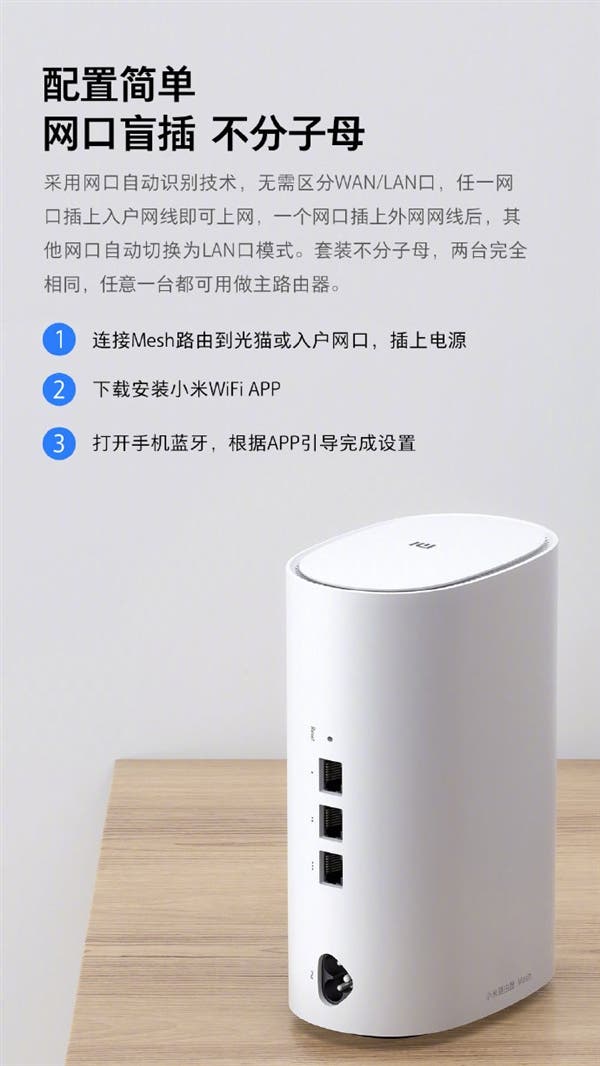 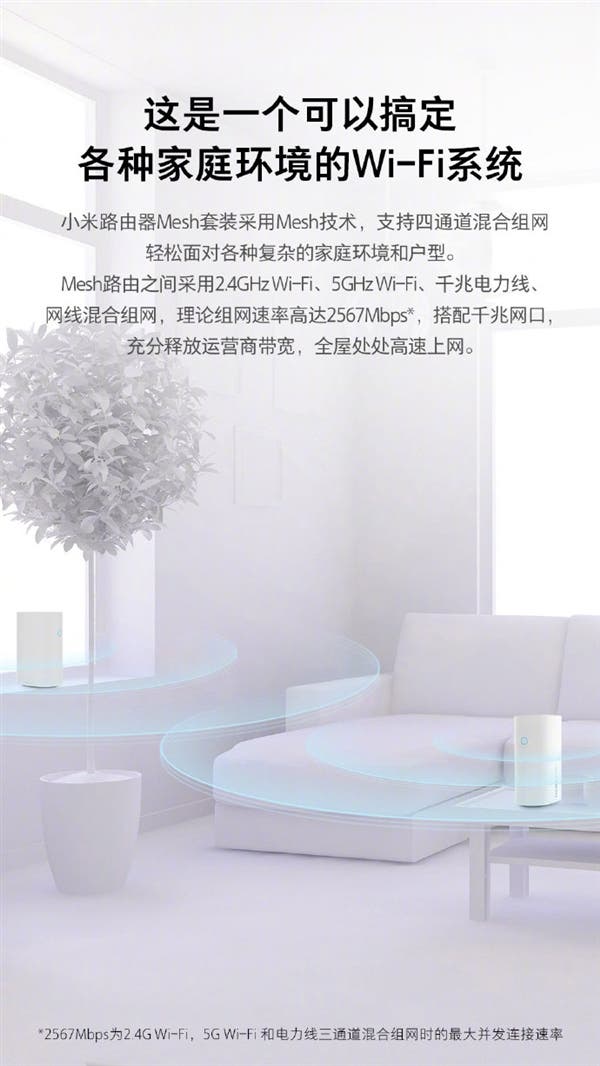 It only takes three steps to complete the setup:

Connect the Xiaomi Mesh Router Suits to the optical port or the home network port and plug in the power. Download and install the Xiaomi Wi-Fi app, turn on Bluetooth on the phone, and complete the settings according to the app guide.

It is reported that the Xiaomi Mesh Router Suits will open the beta testing in the near future.