Recently, Huawei EMUI announced that the Mate 9, Mate 9 Porsche Design, Mate 9 Pro, P10, P10 Plus, Honor V9, Honor 9, and nova 2s will receive the EMUI 9.0 update at 17:00 on February 28th. Today, the company announced that the update was successfully released and users of the above models can upgrade to the latest system by opening [Member Service] or [Services] APP – Service – Upgrade. According to the company, EMUI 9.0, supports China Telecom VoLTE, you can make a phone call while playing a game and the voice call is clearer while its video is much improved. 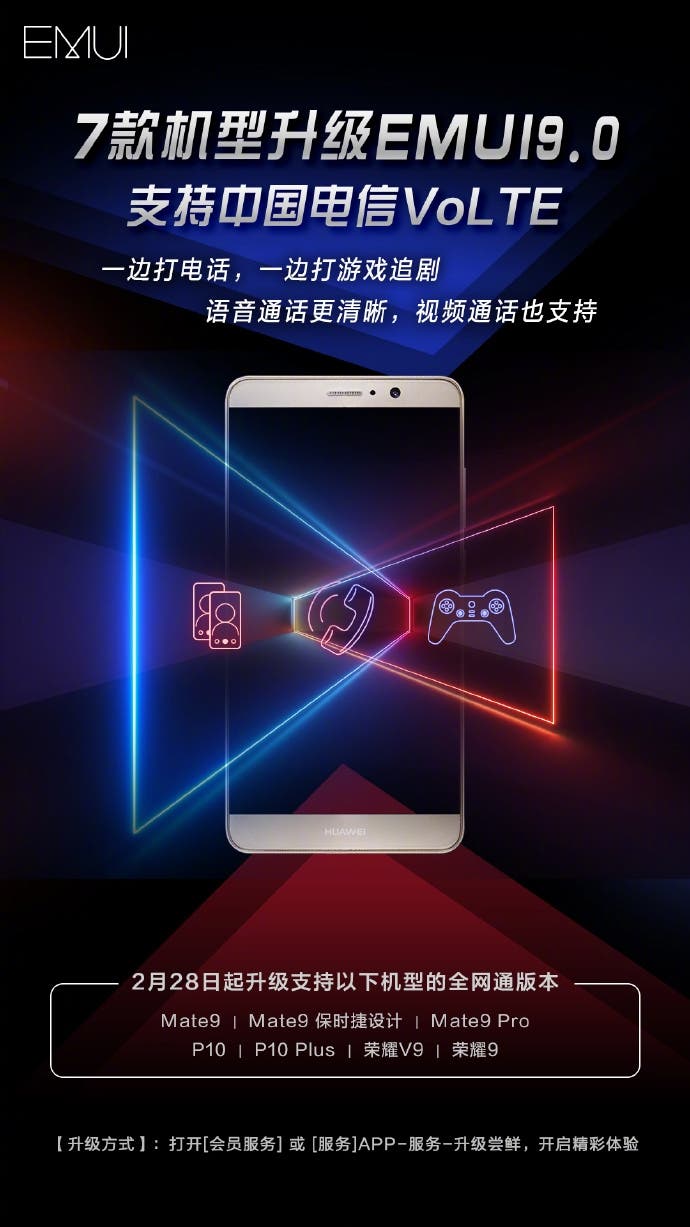 Compared with EMUI 8.0, EMUI 9.0 has greatly improved its operating efficiency. Thanks to the underlying compilation optimization and AI precision prediction technology, the system response speed is increased by over 25%, the application startup time is shortened by 102ms, and the operation fluency is increased by over 12%. In addition, EMUI 9.0 deeply integrates GPU Turbo 2.0 technology, which is specially designed to optimize popular mobile games using AI game scene and also effectively improve game fluency. In addition, it also intelligently optimizes the temperature control system to effectively reduce body temperature.

Next Xiaomi will sell the Mi 9 & Redmi Note 7 tomorrow