For mobile phone manufacturers, each generation of a flagship smartphone is highly confidential before release. Some manufacturers even try to tackle leak channels and dissociate themselves with false reports when they arise. However, in recent times, Chinese manufacturers have been a bit open with information about their device even before launch. Recently, He Wei, the host of a program on Hunan TV (China’s second-most-watched channel, second only to CCTV-1) was spotted with the upcoming vivo X-series flagship, vivo X27. 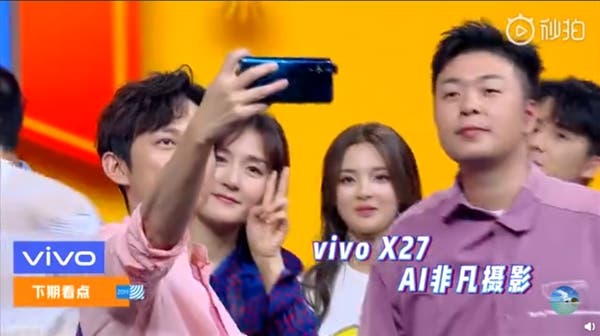 As for the configuration, the v1829 is equipped with an eight-core processor clocked at 2.2GHz. It is suspected to be the Qualcomm Snapdragon 710 SoC. In the camera department, this device comes with a triple rear camera setup which includes a 48MP + 13MP + 5MP configuration. The details of the 48MP camera (Sony or Samsung) are not known for now. To give this device more appeal, vivo also includes an on-screen fingerprint sensor.