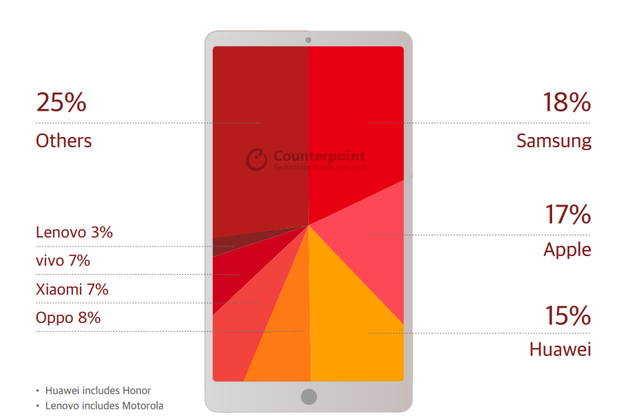 Counterpoint stressed that if Huawei’s mobile phone continues to maintain rapid growth this year, then surpassing Apple to become the world’s second largest mobile phone maker will be within reach. It should also be noted that although iPhone shipments fell a lot last year, overall revenue increased by 6%, which is related to their high selling price, that is, the average iPhone price reached a record high of $789.

The report concluded that in the fourth quarter of 2018, global smartphone shipments fell by 7% annually to 394.5 million units. Despite the strong growth of emerging markets, it has not been able to compensate for the decline in shipments in developed markets. Under the general trend of global economic slowdown, shipments in all regions have declined. Positive growth has only been achieved in Central and Eastern Europe.