Samsung Galaxy A60 and Galaxy A90 are two mid-range smartphones of the manufacturer that we have already talked about, and today new informations on both phones has appeared : for the first we finally have an image that would show the design, for the second there is rumors that report the arrival in Europe. 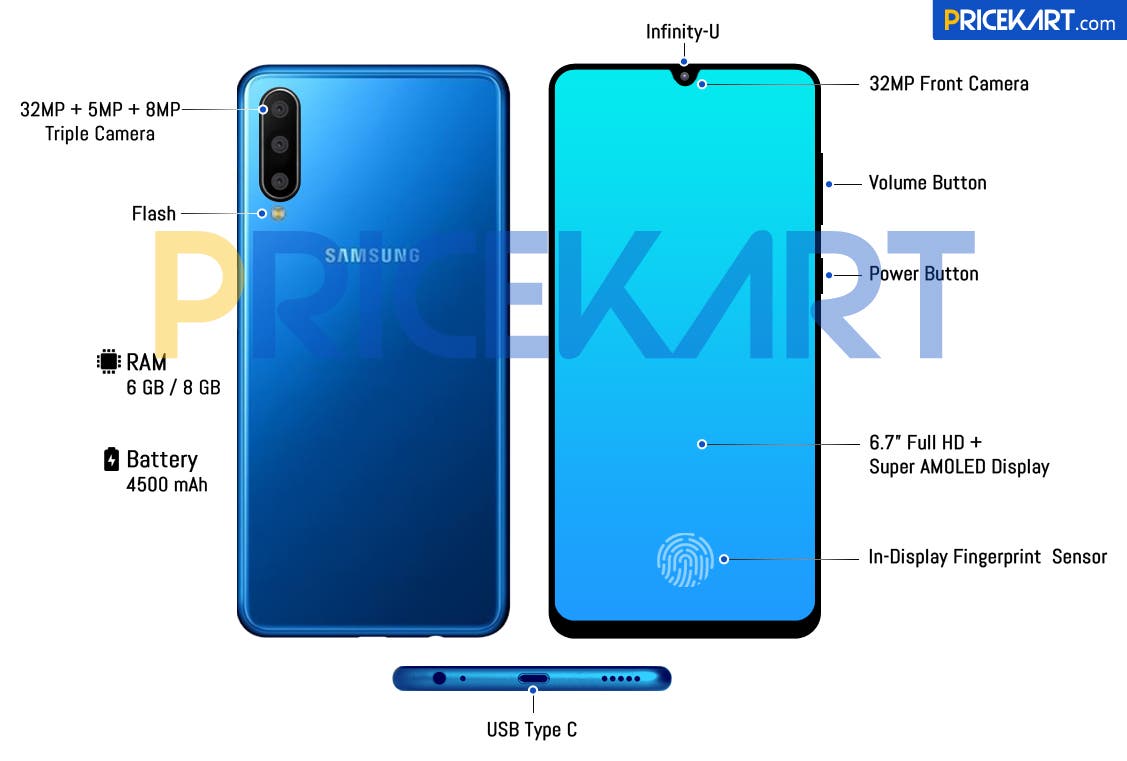 Let’s start from Samsung Galaxy A60, After the technical specifications, Now comes an image that would show the appearance of the smartphone in every angle. As you can see the characteristics leaked recently are “confirmed” even below.

Galaxy A60 should focus heavily on the 6.7-inch Super AMOLED Infinity-U display at Full-HD+ resolution with integrated fingerprint sensor, accompanied by a triple rear camera, a large memory (6-8 GB RAM and 128 GB of storage) and a generous battery (4500mAh). The Type-C USB port and the 3.5mm audio jack do not seem to be missing. No Bixby key.

Initially it was thought that Samsung Galaxy A90 should not arrive in markets outside of China, but it seems that it will not be so. According to recent rumors, the new model of the A 2019 range will arrive in Europe with the model number SM-A905F and could therefore also be marketed in Italy.

The rumors on the Galaxy A90 speak of an interesting rotating camera with 48 MP usable for selfie and normal shots. Will Samsung surprise us with something really special with the “spearhead” of the new mid-range range? To know, we’ll have to wait a little longer, so keep following us.