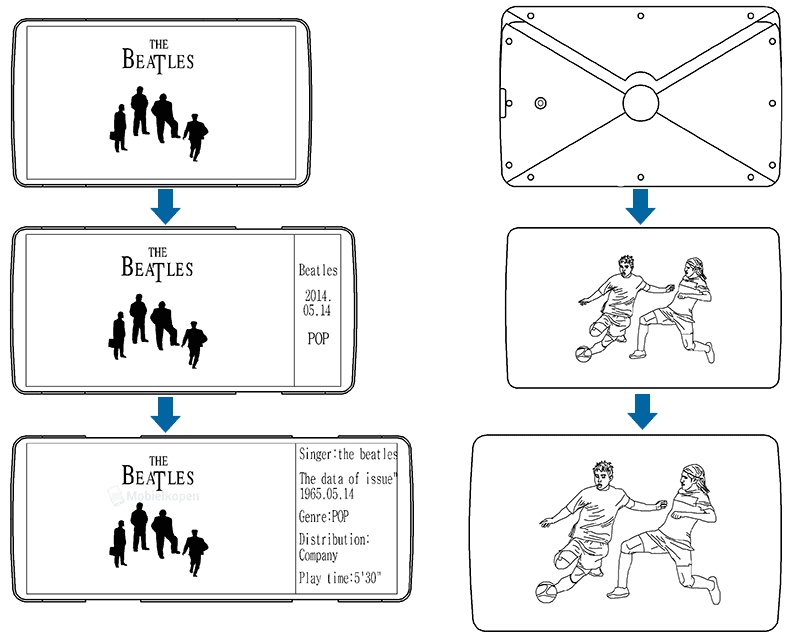 A new patent stole today’s headlines showing a smartphone that at first glance looks with any other device in the market, however, there’s something more in the design. Unlike newer devices that have back panels carved out of a single slab of glass or aluminum, the new concept using housing made of several parts.

This will be combined with a stretchable display, that allows the user to pull on the casing to extend the size of the display. This can be done both below and above the display, and on either side. Likewise, when the user finished using the larger model, the real screen parts can be pushed back into their original positioning, thus decreasing the display diagonal and returning to the original size.

Judging by the patent, the “extending display” feature will also be followed by a ton of Software features to expand the usability of such design language. First of all, the UI will be able to adapt to the different form factors. Moreover, more information will be added as the display is stretched outwards. LG should also introduce some new features to justify the use of the stretched display, and our bet is in the multi-tasking capabilities.

For now, there’s no information on when a smartphone with this technology will be released. Despite the lack of determination in releasing a foldable smartphone in a near future, LG should jump first in this new trend before kicking a new one. When it comes to the foldable handset, it should be released in late 2019, or just in 2020 as a new device from LG’s V-lineup.