Latest rumors suggest that Samsung recently sent a sample of a foldable screen to Apple and the American manufacturer might consider launching an iPhone using this technology in 2020. According to South Korea’s ETNews, the folding screen sample measures 7.2 inches and is only 0.1 inches smaller than the main panel of Samsung’s foldable smartphone, Galaxy Fold. Samsung is currently producing about 2.4 million foldable displays per year and it is considering increasing its annual production to 10 million units. 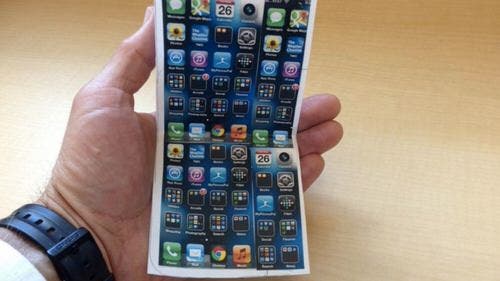 This report was met with little doubt because Samsung has provided most of the OLED’s for iPhone XS and XS Max. As long as the partnership continues, it will naturally not bypass the folding screen and the flexible screen – if Apple is willing. Although LG joined Apple’s OLED supply chain last year, its design and production capacity for collapsible screen technology is not as good as Samsung.

Apple has long been interested in foldable screens and has been exploring the possibility of folding mobile phones in the form of related patent applications for many years. With the launch of several folding screen phones like the Galaxy Fold in 2019, Apple is also facing competitive pressure from new products.

Next MediaTek to launch a new 7nm 5G SoC this year - Helio X series to return?