There’s no secret around Motorola’s plan of resurrecting the RAZR branding with a new foldable smartphone. To honor the former clamshell design of the legendary RAZR V3, the company will introduce a flexible phone that basically looks like a 2004’s flip phone with a high-end tech embedded inside. Some schematics have leaked revealing that this smartphone will look like a flip smartphone, that will show its full potential when unfolded. Now a couple of software features have been revealed.

The new tidbits of information come from the folks at XDA developers, that got some internal information revealing key aspects of the phone’s software. For starters, the second display is placed on the back of the smartphone, and it doesn’t give full access to Android features. Just a few apps will be able to access the second display like Moto Display, Moto Actions, and Moto Camera. 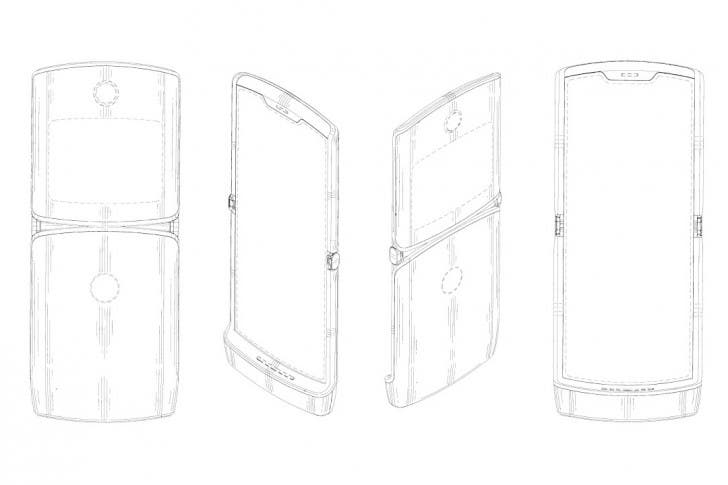 When the smartphone is unfolded, the second display will act as a trackpad to scroll webpages in Chrome. Users are yet to implement support for other apps as well, and considering the functionality, we should see its support being expanded to other social media apps, such as YouTube, Facebook, Instagram, and Twitter since all them have scrollable feeds. The screen also shows up to 6 Quick Settings, but the tiles names and functionality haven’t been revealed.  Moreover, if the user triggers Google Assistant while the phone is flip closed, then the Assistant animation can be shown if the user chooses to enable it. Otherwise, the user will be prompted to “flip open to unlock” using their password or PIN.

The main camera can be used to take selfies, as the second display can act as a viewfinder while the main one will take the picture with a single tap or a swipe. The external display also shows the clock, pulsing notifications and has media controls. Users will also be able to set a custom wallpaper for the secondary display. Motorola’s old fans will get a couple of reasons to be excited with the RAZR announcement. Despite the lack of a specific date, we expect to see this handset gaining form until the end of the year.

Next Samsung Galaxy S10 series has been launched in 70 countries