Since two years, Xiaomi has been releasing an SE version of its flagship Mi devices. This year the company announced the Mi 9 SE that succeeds the Mi 8 SE. Although these handsets have never made it to neighbouring countries like India, they are even more aggressively priced than the already competitive flagships that they accompany. The SE series represents a smaller form factor and is targeted at crowds that like the upper mid-range category of smartphones. However, it seems there will be no Mi 9 SE successor, hints Xiaomi’s Product Director, Wang Teng Thomas today on Weibo. 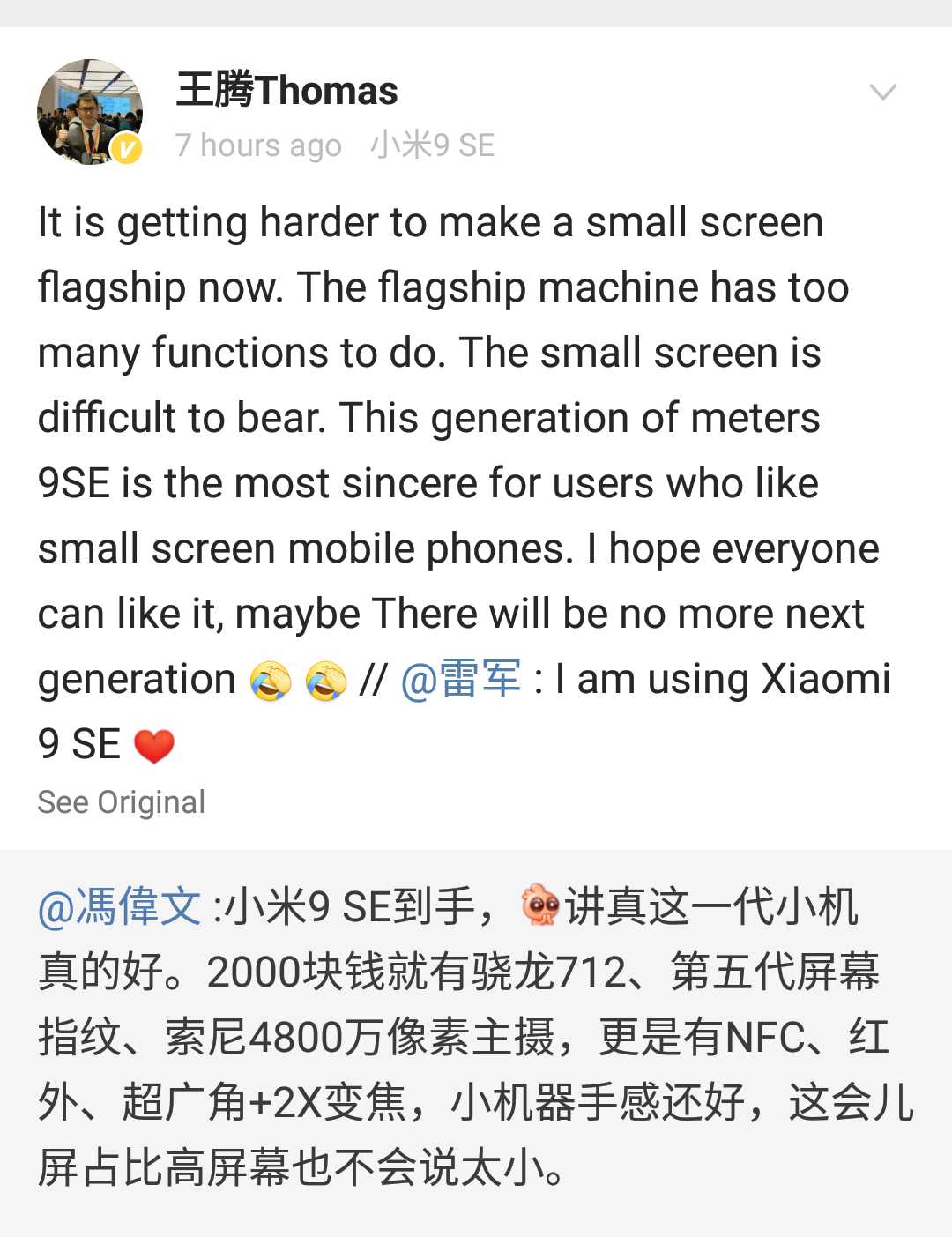 According to the official’s post, the small screen flagship is getting harder to make. The translated version of the official’s post implies that there are too many processes involved for the manufacture of the handset and it is difficult for the company to sustain it and keep making it. Hence, the Mi 9 SE could be the very last we see of the ‘SE’ range in the flagship series.

The Mi 9 SE is undeniably great value for money as it debuts the world’s first Qualcomm Snapdragon 712 processor in a smartphone. It has a 6-inch AMOLED screen with a waterdrop notch and also has the optical screen fingerprint reader. Moreover, it also doesn’t skip on the triple camera setup and its pricing starts at 1,999 Yuan ($400 approx.) which is a really good value for money deal if this ever makes it outside of China.