Chinese manufacturing giant, Xiaomi, is getting set to unveil the second smartphone from the Redmi series, Redmi Note 7 Pro, in China on March 18. Yesterday, the general manager of the Redmi brand, Lu Weibing said that the company will announce another Redmi product at the press conference and many have suggested that this will be the Redmi 7 which recently visited TENAA. 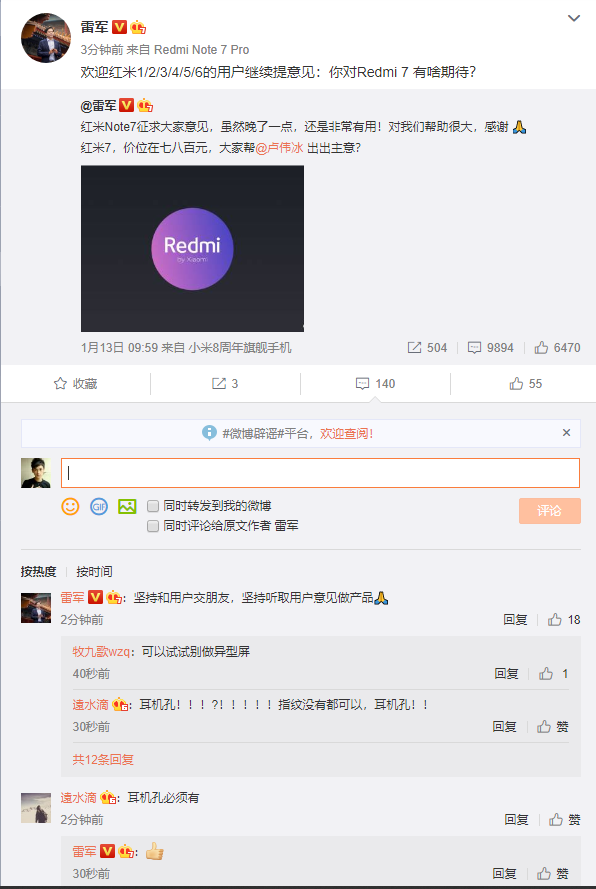 Today, Lei Jun spoke about the upcoming Redmi 7. Although he said nothing about the release date, he stated that the Redmi 7 is a 700 yuan ($104) to 800 yuan ($119) device. Lei Jun seems to be proud of the headphone jack, infrared and large battery (4000 mAh) but he also said that the company must prepare a good stock. 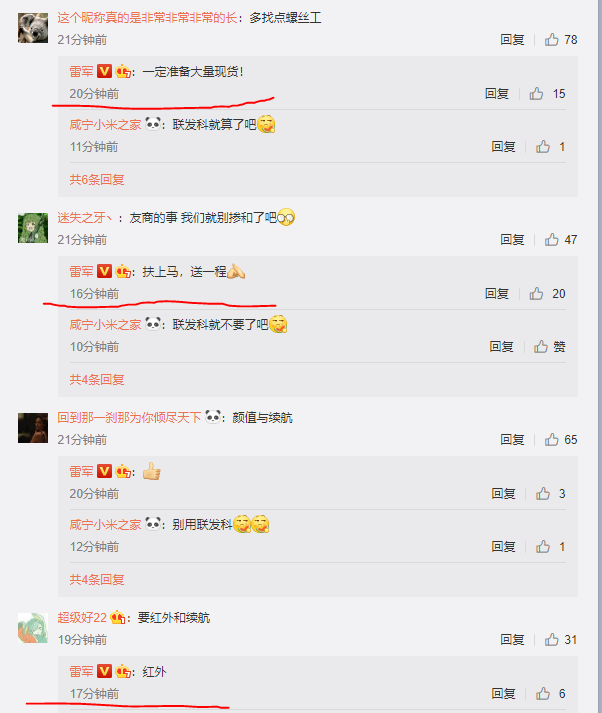 According to the TENAA listing,  the Redmi 7 measures 158.6 mm x 76.4 mm x 8.9 mm and weighs 180g. It could come in eight color variants, including black, red, blue, pink, white, green, purple, and gray. The Redmi 7 uses a 6.26-inch display with a resolution of 1520 x 720 pixels and a screen aspect ratio of 19:9. This smartphone is powered by a Snapdragon 710 SoC (some say SD632) coupled with 2GB/3GB/4GB of RAM and 16GB/32GB/64GB of internal storage. The device will come with a 4000 mAh battery as well as a rear fingerprint sensor. In the camera department, it should have a dual rear camera with a 12MP+8MP setup coupled with an 8MP selfie camera. It is expected to boot MIUI 10 based on Android 9 Pie out of the box.

Previous Huawei: US court has issued a subpoena to the US government

Next Lenovo Z5 gets the Android 9 Pie Beta update