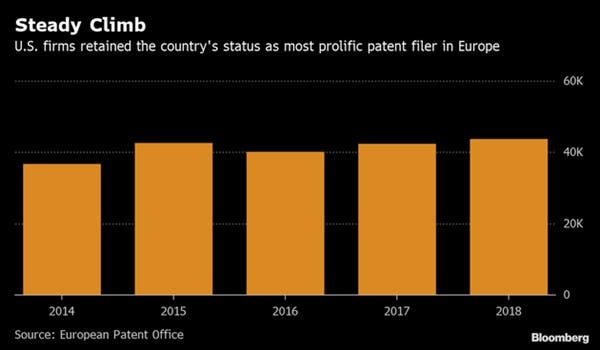 Amongst American companies, United Technologies Corp. was the top U.S. filer, but its 1,983 applications were not enough to make it to the top 4. Another notable company in the top 10 is Qualcomm Inc. but its 1,593 applications could only earn it the No. 7 spot.