5G smartphones are finally here, and with the actual commercial release nearing the shores, carriers all around the world are starting to test the new network before the global rollout of 5G. Among the first smartphones with 5G support, we have the recently released Samsung Galaxy S10 5G. And according to some tests performed by South Korea’s SK Telecom the speed and gain with the new network will be massive.

In a recent press release, the Telecom company announced that they were able to hit the whooping speed of 2.6Gbps with the S10 5G on its networks thanks to the 5G-LTE aggregation technology. The 5G network reached 1.5Gpbs, while the rest came from the good and old LTE network. According to SK, they were able to download 10GB worth of content in just 30 seconds. 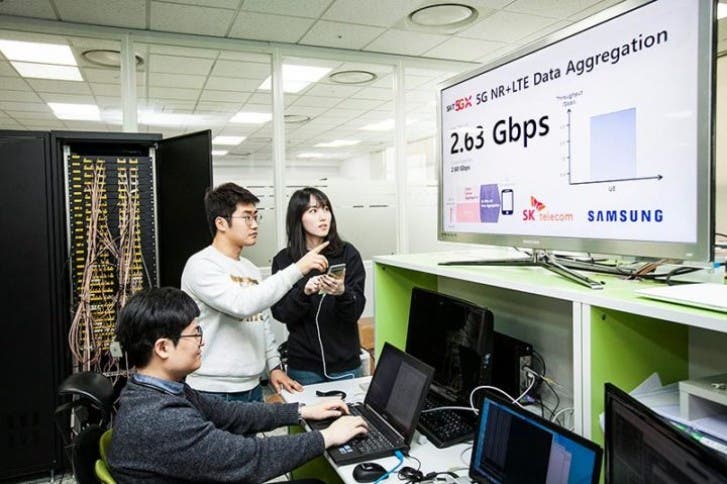 According to the press release, SK Telecom wants to ensure the continuous development of the 5G standards, increasing the speed in order to offer the fastest network speeds in the South Korean market. Consumers residing in South Korean, are able to experience the new technology in a special zone in SK’s Seoul headquarters.

The Samsung’s Galaxy S10 5G edition is very similar in design to the S10 Plus, but it packs a larger 6.7-inch display, two ToF cameras front, and back. It also boasts a larger 4,500mAh battery, and obviously, a 5G Modem. The phone will hit the market in Spring, but its price is yet to be revealed by Samsung. Considering the amount of technology implemented in it, we don’t think it will be cheap.

Next More OPPO Reno photo samples and details surface; to have 5G and Lamborghini Editions variants