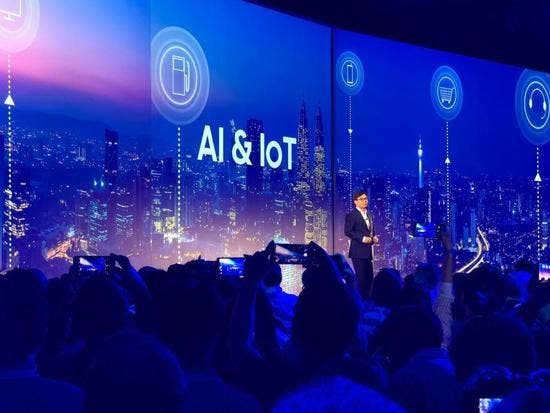 According to Shao Yang, a new cycle of Huawei mobile devices will arrive in 2019. Huawei currently has two areas of interest. One is AI which changes the information exchange between mobile phones while IoT changes the connection of terminal devices. “If Huawei does not develop IoT, it will definitely fall behind in the new mobile phone cycle era,” he said. For its HiLink strategy, Huawei adopts a 1+8+N structure, that is, the mobile phone is the main device while the tablet, PC/smartwatch/AI speaker/earphone/VR headset is the auxiliary device.

No doubt, Huawei is trying to give Xiaomi a good run for its money. Lei Jun, CEO of Xiaomi, officially announced Xiaomi “mobile + AIoT” dual-engine strategy earlier this year. He said that this will be the core strategy of Xiaomi in the next five years while the company is preparing a 10 billion yuan ($1.48 billion) investment in the AIOT field. In addition to the smartphone business, Huawei and Xiaomi will also compete fiercely in the IoT field. As of now, Xiaomi obviously has the advantage. Let’s see if Huawei can catch-up.